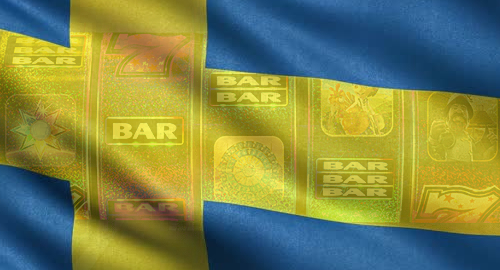 Sweden’s gambling participation rate remained unchanged in 2018 but the number of gambling addicts rose by nearly half, and female addicts now outnumber men.

This week, Sweden’s Folkhalsomyndigheten (Public Health Authority) released the results of its 2018 survey of Swedish gambling habits. The survey (viewable here, in Swedish), was conducted last August with the participation of just over 5k respondents.

The survey found that 58% of respondents engaged in some form of real-money gambling last year, unchanged from the results of the 2015 survey. Of these gamblers, around 225k were found to be at some risk of developing problem gambling behavior, a significant decline from the 322k respondents who were deemed to be ‘at risk’ gamblers in 2015.

Similarly, the number of actual problem gamblers fell from 134k in 2015 to 101k in 2018, but that’s where the good news ends. The number of individuals deemed to be pathological gamblers in 2018 was 45k, nearly 50% higher than the 31k who earned that dubious designation in 2015.

In a surprising twist, while the problem gambling category was neatly split along gender lines, pathological gamblers were far more likely to be female. Nearly two-thirds (64%) of 2018’s gambling addicts were women, up from just 18% in 2015.

Pundits have already laid the blame for this surge in addiction (and its female character) at the door of the online gambling industry, as problem gambling rates grew most strongly for those who played online slots, poker and other casino games (notably, online sports betting didn’t follow this pattern).

Also coming under renewed criticism is the gambling marketing saturation that Swedish citizens were subjected to over the past few years. Ardalan Shekarabi, Sweden’s Minister for Public Administration, issued a statement alongside the survey saying the government would “put an end to aggressive game advertising.”

Operators licensed to do business in Sweden’s newly regulated market recently crafted a voluntary responsible marketing code but Shekarabi dismissed this effort as insufficient and warned that a total advertising ban wasn’t off the table.

Gambling licensees had a meeting Tuesday with multiple government departments and consumer authorities in the hope of establishing some consensus over what the government meant when it ordered licensees to restrict themselves to “moderate” marketing efforts.

A spokesperson for the Spelinspektionen gaming regulator said the government had its own view of what constituted ‘moderate’ marketing and if the gambling operators couldn’t figure it out on their own, court cases would help fill in the blanks.

Earlier this week, Spelinspektionen announced that the number of Swedes who’d signed up for the Spelpaus self-exclusion program had topped 30k. However, that sum also includes individuals who have simply opted out of receiving marketing pitches from Swedish-licensed gambling operators.