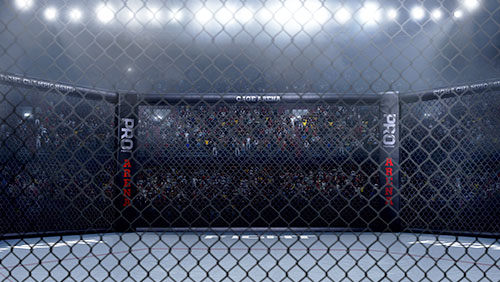 UFC fans and bettors should enjoy this Saturday’s Fight Night card from the Wells Fargo Center in Philadelphia as there is no UFC event the following weekend, which has been a rarity so far in 2019 with the new ESPN deal.

Barboza is a 33-year-old from Brazil, perhaps the most MMA-mad country in the world and chock full of legends of the sport. Khabib Nurmagomedov is the lightweight champion and Barboza is ranked No. 6. He lost as a +340 underdog to Khabib by unanimous decision in December 2017 before the Russian was the champion. Barboza followed with a fifth-round TKO loss to Kevin Lee before bouncing back as a slight underdog and beating Dan Hooker by third-round knockout in December of last year. A total of 12 of Barboza’s victories are by KO or TKO.

Gaethje, a 30-year-old American who is a former WSOF lightweight champion, also ended a two-fight losing streak last time out. In August 2018, the “Highlight” was a +125 underdog against James Vick but won by first-round knockout (punches). A whopping 16 of Gaethje’s 19 wins are by KO/TKO. Both his losses are. He’s giving up five inches of reach to Barboza.

At middleweight, Jack Hermansson is a -130 favorite over David Branch (even money). The division champion is Robert Whittaker with Branch ranked 11th and Hermansson unranked. The 37-year-old Branch (22-5) is a former two-division champion in the WSOF (light heavyweight and middleweight). He’s 2-2 since returning to the UFC, losing last time in the Octagon (November 2018) by second-round TKO to Jared Cannonier.

Hermansson (18-4), a 30-year-old Swede, has won back-to-back fights. He took out Gerald Meerschaer by first-round submission (guillotine choke) in December 2018.

The top women’s fight is a strawweight bout between Karolina Kowalkiewicz (-155) and Michelle Waterson (+125). Kowalkiewicz (12-3) is ranked sixth in the division and once fought for the title, losing to Joanna Jedrzejczyk at UFC 205. Waterson (16-6), with the terrific nickname of “the Karate Hottie,” is a former Invicta FC champion. She’s 4-2 since joining the UFC and is ranked No. 9.