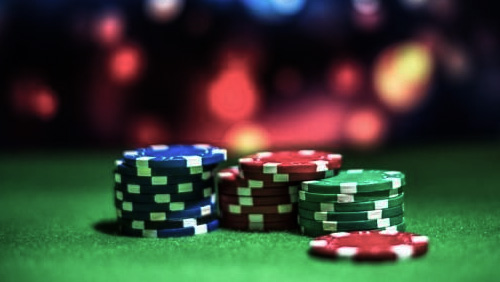 On March 27, New Silkroad Culturaltainment Ltd announced that they had grossed a profit of over $8 million for 2018. The Hong Kong based company had suffered a loss for the year 2017, losing HKD70.99 million. Instead, total revenue rose 55.9 percent to a total of HKD460.76 million, surpassing the 2017 total of HKD295.49 million.

The company reaped profits from its three main sources of revenue, the MegaLuck Casino, wine sales and distribution, and their new internet-based peer-to-peer financing platform known as Niiwoo Financial. Promotions appear to have been the primary factor in the increase in revenue, explained the company in a statement to the Hong Kong Stock Exchange. They wrote:

“With effective promotion campaigns implemented, our casino saw the growth of the VIP gaming market. Gaming revenue, which represented approximately 22.5 percent of the group’s revenue, grew by 11.9 percent to approximately HKD103.6 million.”

On March 18, New Silkroad Culturaltainment announced that the governor of Jeju Island, an island located off the coast of South Korea, had granted permission for the company to begin development of the Glorious Hill Casino Resort. This permission will allow for a grand expansion of their casino operations on the island, including the building of five-star hotels, shops and stores, health care facilities, a theme park, and golf course as well as other entertainment venues. Of course, a large scale casino expansion will also be included in the development.

Just two years ago New Silkroad took control of the Glorious Hill resort and casino. It was seen as a chance for the company to expand its operations and increase revenues, but its first year of running the business saw New Silkroad take a substantial loss. However, they rebounded in 2018, earning HKD28.69 million ($3.66 million) in profit, an increase of nearly 194 percent from the prior year. The vast majority of that revenue came from the expansion of their VIP gaming market.

The new project is expected to be completed within the next five years, but no specific date for completion has been set at this time. The governor of the island is excited about the venture however, pointing out that he expects a “significant” increase in the number of tourists visiting Jeju when the project is completed.

While the resort and casino were profitable, it has been the financing platform that has been carrying water for the company. New Silkroad announced that approximately HKD153.1 million ($19 million) came from Niiwoo Financial, something the company described as “significant.” In China, peer-to-peer lending has become quite popular, as many are looking to find alternative ways to borrow money apart from banks. This has led to a greater regulation as well.