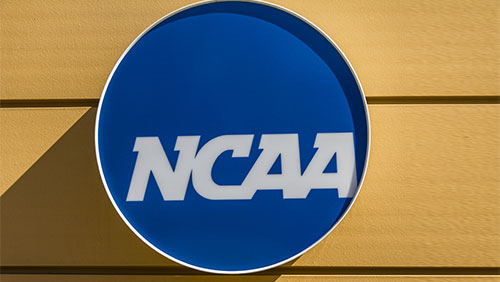 The NCAA Tournament became so incredibly popular because of all the upsets and Cinderella stories making runs into the second weekend (at a minimum). However, the 2019 Big Dance has been arguably the most “chalk” one of them all since the field expanded to 64 in 1985. In the East and West Regions – those two champions play in the Final Four – all four of the top seeds each made it to the Sweet 16.

In the South, the only non-Top 4 seed still standing is No. 5 Auburn, and it was favored to beat No. 4 Kansas in the Round of 32. The South has the top three seeds remaining and the only double-digit one left in the tournament: No. 12 Oregon, which was the Pac-12 Tournament champion and as hot as anyone in the country right now. It’s only the second time in tournament history that all No. 1, No. 2 and No. 3 seeds advanced to the Sweet 16.

Incredibly, all 16 betting favorites in the Round of 32 won straight up; that had never happened since the field expanded to 64.

The pre-tournament favorite was No. 1 overall seed Duke, and the Blue Devils still are at +300. However, the gap has narrowed considerably after Duke was incredibly fortunate to escape No. 9 Central Florida on Sunday in a one-point victory. Two potential game-winning shots by the Knights in the final seconds rolled around the rim and off. Easily the game of the tournament thus far and an instant classic.

Pretty good chance that an ACC school cuts down the nets on April 8 from U.S. Bank Stadium in Minneapolis as the conference has five teams still standing. South Region No. 1 Virginia is the +425 second-favorite with Midwest Region No. 1 North Carolina the fourth-favorite at +600. The fourth No. 1 seed, Gonzaga in the West, is +450 to win its first national title. What do Virginia, UNC and Gonzaga all have in common besides being a top seed? They have won each of their first two games by double digits.

East Region No. 2 Michigan State is +1000 – the Spartans probably were rooting for Duke to be upset by UCF to avoid the Blue Devils in the next round. Sparty takes on No. 3 LSU (+5000), the SEC regular-season champion, in the Sweet 16. The only team with longer odds than LSU to win it all is Oregon at +7000 as the Ducks are solid underdogs Thursday against Virginia.