Nektan finally breaks even, looks to soar in 2019

In a press release issued on March 25, Nektan PLC officially announced that they had reached the break-even point in 2018, the first time the company had done so in its history. This was a major achievement brought about thanks to a double-digit percentage increase in overall revenue for the year. 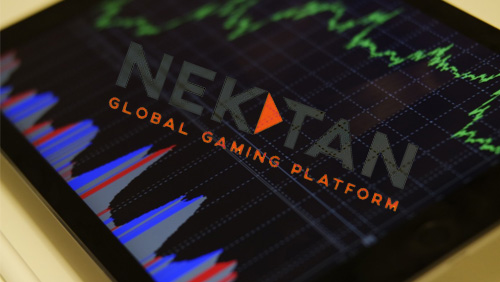 According to the report, the revenue at Nektan increased by 48% from that of 2017, reaching total revenue of over £13 million ($17.6 million). However, the adjusted EBITDA came in at about £336,000 ($444,000), still a sizable increase for a company that has been treading water since its inception.

To Chief Executive Lucy Buckley, this was a big deal in making it so the company would be able to maintain and improve their profitability. She added that they had reached this mark “due to both increased revenues and operational efficiencies.”

The turnaround came thanks in large part to the company finding traction with its fully managed global casino brand. They have reached 152 casinos across Europe, providing some of the best services, while affording customers a different type of experience.

March has been an especially busy month for Nektan. Earlier this month, the company announced that they had reached a deal with Mo Play, a B2B e-lite betting platform that was launched by Addison Global in August of last year. Mo Play was also a partner with Watford FC, giving Nektan connections to two of the most well-known football teams in the world, joining Manchester United.

Mo Play provides users with over 700 of the most cutting edge and mobile-friendly HTML 5 games on the market today. This includes such titles as PGSoft and Yggdrasil.

In mid-March, Nektan’s Jaydeep Chakravartty attended the ASEAN Gaming Summit 2019, where he was a featured member at the summit. He met with some of the most influential gaming operation executives in the world, as they met to discuss the potential growth in the Indian gaming industry.

Buckley is excited about the prospects for Nektan as they move into the second quarter of 2019, which includes the sale of one of their US subsidiaries, Respin. “Whilst we believe in our US mobile casino product, and are excited about the macro trends in the market, the proposed sale of the majority shareholding of our US subsidiary is a major contributor to our profitability plan by removing Nektan funding for the US going forward, but retaining a material stake in the emerging US market.”