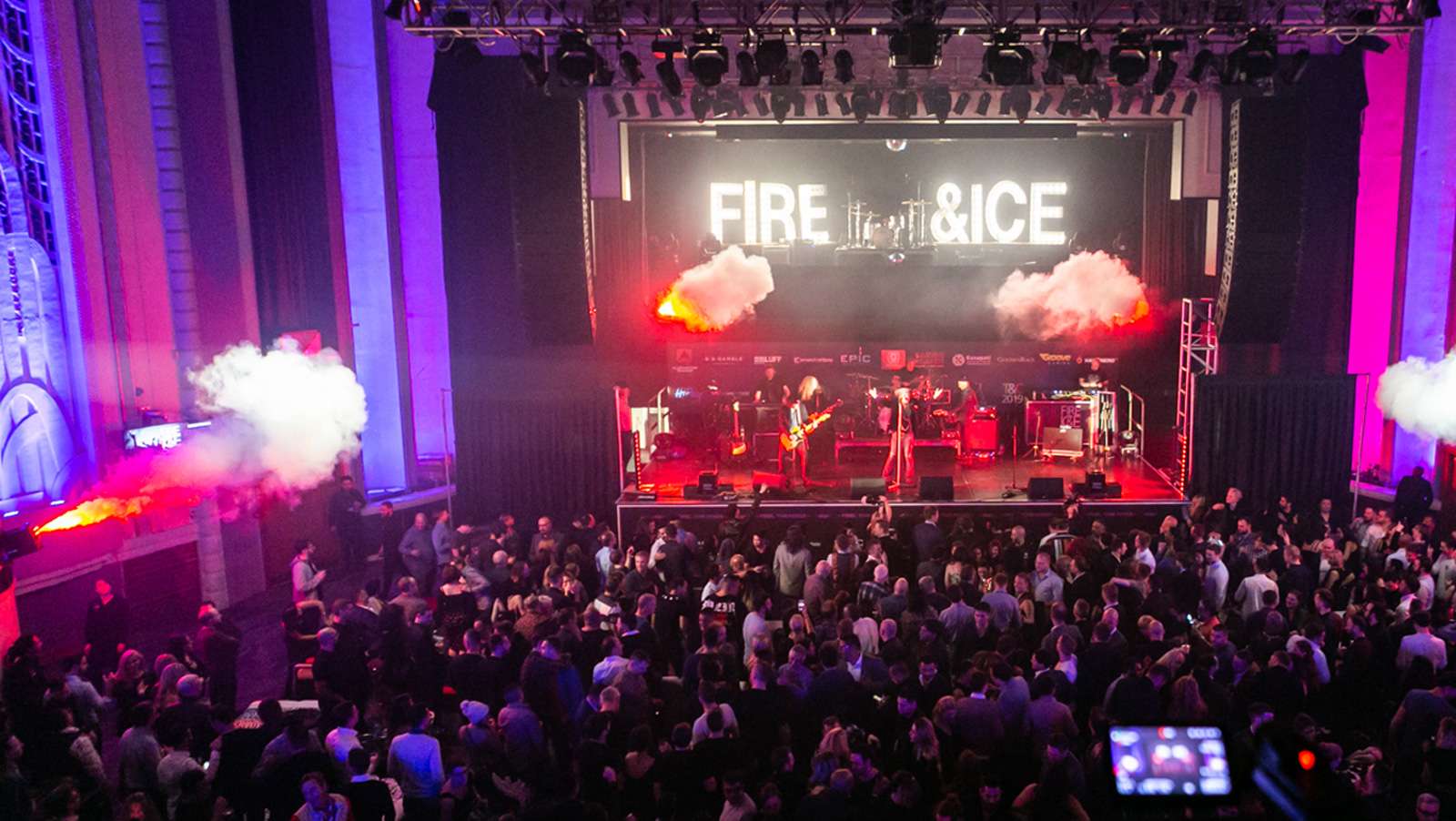 Feel the Noise in the 2019 highlights video

Fire & Ice, thanks the top companies in iGaming for their sponsorship, which resulted in 2,000 executives and iGaming elite being hosted to the unique mix of theatre, music and networking that is Fire & Ice.

Produced by Lyceum Media, The 18th annual of Fire & Ice brought the L.A. rock music scene to London during one of the busiest conference weeks on the iGaming calendar where surprise guests The Quireboys rocked out following theatrical sets across two stages.

Fire & Ice would like to make a special mention to Motorhead Beer and Reading Harley Davidson for working with us on a most successful event.

We would also like to thank Metal Casino’s Marielle & Vixen who took over the DJ booth and spun cool metal tunes for the crowd.

Finally, a big thank you goes out to rock legend Krusher Joule who designed the T-shirts and merch for the event. This brought an authentic rock experience to the legends of the iGaming community.

“We would especially like to thank all our sponsors for supporting our 18th Fire & Ice event.  And to all our friends – YOU ROCK – huge thanks for always making an outstanding effort year after year and celebrating with us.” – Jodie Thind & Michael Caselli.

Lyubomira Petrova, CMO at UltraPlay, F&I Sponsor commented: “Fire & Ice is definitely a spectacular party! It perfectly matches with the UltraPlay’s idea of pure entertainment and networking combined in one place. We enjoyed the glamorous rock-themed party with our partners and new friends. Looking forward to the next amazing event!”

Thank you to all Fire & Ice Rocks sponsors and partners:

Fire & Ice, produced by Lyceum Media, is a bespoke one-time production for iGaming executives. It brings together the elite of the industry and is the longest standing iGaming networking party of its kind.