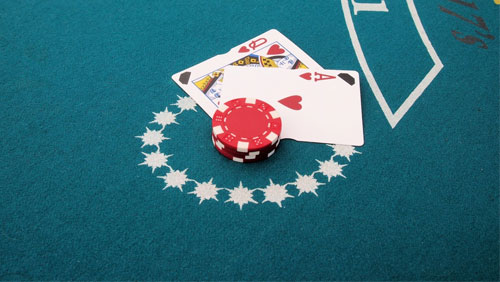 Three tales from the world of online poker including 888Poker giving you a freeroll into the World Series of Poker Main Event during XL Blizzard, partypoker promising $30m in guarantees during POWERFEST, and PokerStars pledging $11m and $1m to the winner of the 13th anniversary Sunday Million.

Some people believe that the purpose of the world is to provide its inhabitants with the beauty that it requires to feed its soul. If you’re an online poker lover, then I assume you feast on the beauty of the online tournament series.

Don’t tell your other half.

We’ll begin arse about face with the smallest of the three major operators who rule the online poker with a Thanos gauntlet.

From the 4th through to the 14th of April, 888Poker’s XL Blizzard returns with 34-events. Typically, the folks at 888Poker don’t shine their sunbeam on all of this great guarantee nonsense, and the announcement of the Blizzard is no exception.

Instead, the value in the Blizzard comes with the opportunity to win a seat on a jet plane heading to Las Vegas for the 50th Anniversary of the World Series of Poker (WSOP) with a $12,600 Main Event seat, and three Crazy 8 Seats up for grabs.

Here’s how it goes.

Play in five XL Blizzard events, and 888Poker reward you with an XL Blizzard Freeroll ticket. Punch in that ticket, and you’re playing for one of these four packages.

Highlights of the festival include:

Moving up the pecking order and partypoker has promised $30m in Guarantees for their forthcoming POWERFEST scheduled to take part between 31 March to 14 April 2019.

You may remember in our recent chinwag with Rob Yong that the partypoker partner and Dusk till Dawn (DTD) owner, admitted that it was a mistake to host an event of the magnitude of POWERFEST in parallel with a PokerStars monster, so the team are navigating new waters with this announcement.

partypoker ambassador Patrick Leonard is particularly buoyant over the move.

WE STAND ALONE! With no other series supporting at the end of this month we run an absolutely gigantic Powerfest. Last year was $15m so 100% growth is super strong. I’ve seen the schedule and it’s really exciting. Put these 2 weeks into your calendar pic.twitter.com/l24zhLvbDh

There are no further details as of yet.

We will keep you posted.

The Sunday Million is about to become a teenager, and PokerStars wants to put on a party.

Stick Sunday, April 14 in your diary, as PokerStars plans to run an $11m Guaranteed $215 buy-in event promising $1m minimum for the winner.

At the turn of the year, PokerStars surprised everyone by cutting the $215 buy-in to $109, while still promising the $1m guarantee, and a six-figure prize to the winner, and the players lapped it up, as I am sure they will when the party poppers burst into life on April 14.