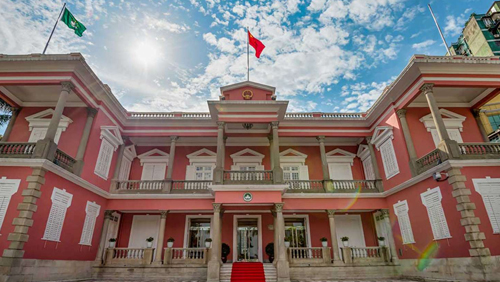 Macau seems to be getting the same signal from every source: diversify. It appears their government may push to do just that, after remarks from Lionel Leong Vai Tac, their Secretary for Economy and Finance, to local reporters.

GGRAsia reports Leong, speaking for the government, believes that non-gambling attractions offer the best opportunity for the city’s tourism industry, by diversifying the attractions available. By increasing those attractions, the city could then make gambling more sustainable long term.

Leong confirmed that, among mass-market consumers (as opposed to VIP consumers), spending was diversified throughout the city, rather than focused on the casinos.

This is supported by both recent studies and international opinion as well. A census report in January revealed that of the 7.53 million repeat visitors Macau had in 2018, 69.2% came back because of good food and shopping, while only 9.1% came back for the gambling specifically. If the city can draw in even more mass market gamblers with alternative attractions, they might be tempted to play at the tables more as well.

The International Monetary Fund also recently suggested that Macau should use the upcoming concession refreshments to push for more diverse attractions. As it stands, Macau is very reliant on VIP Chinese gamblers, so only by diversifying can they solidify their future.

They’ve already had some success. Leong notes that in the past, only as much as 30% of Macau’s gross gaming revenue (GGR) was from the mass market. For January and February of 2019, it accounted for as much as 50%. It didn’t hurt overall numbers either, as overall GGR grew in February.

Diversifying what Macau has to offer just makes a lot of sense. As the number of visitors is increasing over time, especially with the addition of the Hon Kong-Zhuhai-Macau bridge, it makes logical sense to give those visitors more things to do, and take the hosting burden off of the casinos. That way, the father can hit the tables, the mother can go shopping for bags, and the kids can buy some Vans and flip them, or whatever the kids are doing these days.

US casinos enjoyed record revenue of $43.6b in 2019’s pre-pandemic paradise
Steven Stradbrooke
7 hours Ago