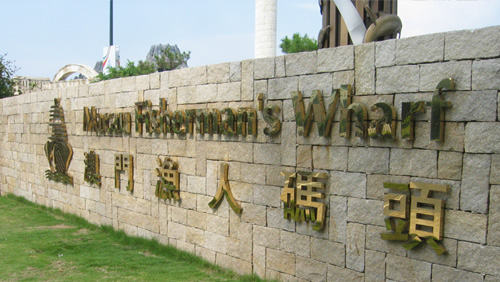 Macau Fisherman’s Wharf has been a staple of the city’s casino community. This could soon change, though, as the operator of the complex looks to include more non-gaming activities in an effort to attract more visitor segments.

The property is located on the Macau peninsula, close to the Outer Harbour Ferry Terminal and is operated by Macau Fisherman’s Wharf International Investment Ltd. In announcing the changes, the company’s president, Melinda Chan Mei Yi, stated that there would be a new “Celebrity Wax Figures Museum” and a new virtual reality experience center, among other items, added to the complex. Both the museum and the experience center are expected to be launched during the second half of this year, according to Chan.

Chan made the revelation while speaking to reporters during a company gathering on Thursday. She explained that the experience center would be located in the meetings and conference center of the property and added, “We’re working with a Japanese brand for this VR [virtual reality] project, but for now we cannot disclose its name. It is planned that in April there will be an agreement signing ceremony and by then the [partner’s] name will be made known.”

The museum is expected to be housed in one of the buildings along Legend Boulevard inside the wharf and Chan asserted, “We hope that these new features will be in place within the second half of this year. Meanwhile, our meetings and conference centre will also undergo a revamp, which is expected to be completed in 2020.”

If Macau decides to issue any new gaming concessions in the future, Chan’s firm is ready to jump in. She said that the group is interested in submitting a bid and that it would “do [its] best to be granted a license.” The main investor in Fisherman’s Wharf, Macau Legend Development Ltd., currently operates casinos under a license held by SJM Holdings.

A new three-star Michelin restaurant is also expected to make an appearance on Fisherman’s Wharf. Bo Innovation is planned for Legend Palace and should be open sometime during the second half of the year. Legend is also introducing a number of new retail shops, which will “match mass-market demand, and [will be] to the liking of tourists,” explained Chan.