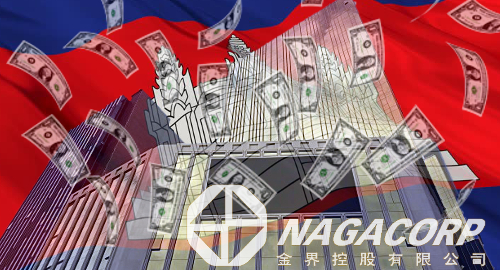 NagaCorp said its 2018 profit would have risen by 100% were it not for a $60m payment it earned in 2017 from the assignment of a licensing right to certain investors to operate electronic gaming machines (EGM). The company said it had opted against renewing this right despite “ready demand.”

VIP gambling turnover was up 69% to $35.7b last year and VIP revenue jumped 71% to $10.7b, thanks in part to the late-2017 opening of the Naga2 addition to the company’s flagship NagaWorld property in Cambodia’s capital Phnom Penh. NagaCorp said Naga2 has enjoyed strong “customer demand for higher table limits.”

Asia’s largest junket operator Suncity Group started ferrying VIPs to NagaWorld last March and Suncity’s Naga2 operations will be moved to a “larger and more desirable location” in the current quarter. NagaCorp says “all top four Macau mega junkets” will have a presence at Naga2 this year. Just this week, the Tak Chun Group announced that it will open a VIP club at NagaWorld later this month.

NagaCorp says there’s been “minimal cannibalization” from the Naga2 opening, with Naga1 retaining most of its existing players while Naga2 is attracting new customers. NagaCorp says this is reflected in its mass market gaming tables, which saw buy-ins and revenue each up 57% to $1.24b and $235.7m, respectively.

Mass market EGM bills-in was up 22% to $2.21b but revenue fell 14% year-on-year to $129.3m thanks to the aforementioned $60m licensing deal’s non-renewal. NagaCorp credited the mass gains in part to Cambodia enjoying a surge in tourism from China, with visits rising 69% over the first 11 months of 2018.

Non-gaming revenue remains a comparative afterthought, although the segment was up 31% to nearly $40m last year.

NagaCorp’s net trade receivable increased to $75m from $58.3m in 2017 but the company continues to adhere to strict credit policies. Bad debt provisions doubled to $2.2m in 2018 but this figure remains insignificant compared to some Asian casino operators.

NagaCorp offered a brief update on its in-development Naga Vladivostok casino in the Primorye gaming zone in Russia’s far east, saying the project “remains broadly on schedule for completion in 2019.”

Union Gaming’s Grant Govertsen hailed NagaCorp as 2018’s best performing gaming stock and he doesn’t expect the gravy train to slow down in 2019 as Naga2 is only just hitting its stride. Govertsen claimed NagaCorp still has “numerous growth levers in hand” and would continue to impress as the year progresses.