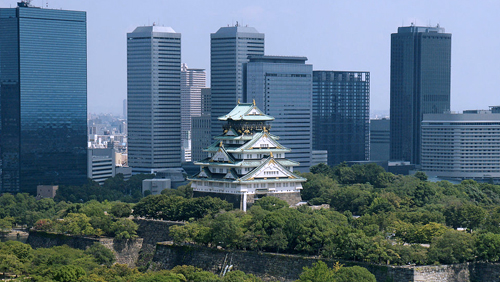 Osaka, Japan received over 12 million tourists last year, according to the Japan National Tourism Organization. This number could increase substantially in just a few short years if the prefecture is approved as one of the three locations for an integrated resort (IR) in the coming months. Osaka government officials predict that an IR would bring in as many as 24.8 million visitors – on top of the tourists that descend upon the prefecture for other activities.

The forecast was provided as a result of a study commissioned by the prefecture and its city by the same name. If it holds true, Osaka expects to provide a considerable amount of money to the country’s economy, with estimates of as much as $6.87 billion sent to government coffers.

The Osaka IR Fundamentals Plan (OIRFP) includes a number of initiatives for the IR, which could see the development of as much as 148 acres and a total floor space of up to 10,763,910.4 square feet (a million square meters). This would be well above the 1-million-square-foot requirement established by Japan’s IR Development and Promotion Ordinance.

The project would cost as much as $8.5 billion and would offer a casino, the largest international conference centers in the country and additional entertainment and commercial facilities. Sales would potentially reach as much as $4.4 billion each year, of which the casinos would contribute 80%.

The creation of such a large operation would require the construction of a new police station, which means more jobs for the area. The station would be located in Yumeshima, the proposed site for the Osaka IR, and the force would supplement a large pool of security guards and security cameras expected to be installed by the casino operator in an effort to thwart organized crime and money laundering.

In addition, the OIRFP mandates that the gambling operator(s) would be required to part of a consultative body that would be formed in order to help prevent gambling addiction. The operator(s) would also have to employ advanced anti-addiction measures, including such as artificial intelligence and information communication technology. Self-exclusion and counseling would have to be offered 24 hours a day, seven days a week throughout the entire year.

The OIRFP was created as a basis for Osaka to create its official bid for an IR and will most likely integrate into that process when it begins to search for an operator this spring.