She was the first female GM to ever be employed by Penn National Gaming. Now, Joelle Shearin is taking her talents and expertise to Nevada, having been tapped as the new GM and President for Hard Rock Hotel & Casino Lake Tahoe. 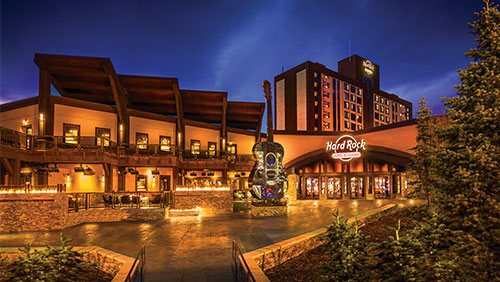 Shearin has been in the casino and finance industry for the past 15 years, making a name for herself along the way. She recently finished a stint at Penn National’s Argosy Casino Alton in Illinois as its VP and GM and, prior to that, was also the assistant GM at Hollywood Casino in St. Louis when it was purchased from Caesars.

Rob Oseland, the Chief Operating Officer of Hard Rock Lake Tahoe owner Paragon Gaming, said in a statement, “Joelle Shearin brings an enviable record of managerial expertise and industry leadership to the Hard Rock Hotel and Casino team. Her innovative ideas and knowledge will enhance the overall experience for our visitors and local customers as well as staff.”

As Penn National’s GM, she oversaw the day-to-day gaming operations for a venue that hosts 800 slot machines and 12 gaming tables. She was in charge of, and completed, a complete interior remodel and redesign and was paramount in helping the Argosy reopen following two unexpected closures due to flooding within a 16-month period.

Shearin, who originally hails from Ohio, has been in the casino business since 2005 when she began with Harrah’s Entertainment in Memphis, Tennessee. From there, she was picked up by Penn National and has held senior management positions at several of the company’s venues.

She states of hew new position, “Our patrons want an experience beyond slot machines and tables, and with the Hard Rock International brand we’re uniquely positioned to offer many benefits. We’ll find out what’s important to our customers and package those elements along with Lake Tahoe’s many attractions into a Hard Rock visit for a memorable experience.”

The Hard Rock Lake Tahoe property has a staff of 450, a 539-key hotel room and a 25,000-square-foot casino. It also provides several restaurants, bars and live entertainment in Stateline, NV on the south shore of Lake Tahoe.