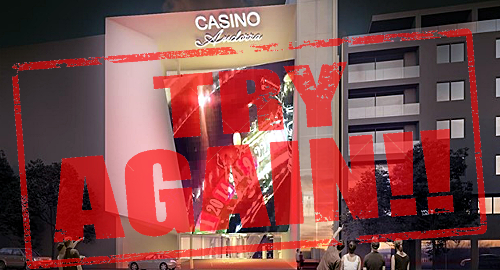 Casino plans in the microstate of Andorra have been put on hold after the government withdrew the gaming concession it awarded to a local firm last June.

This week, Andorra’s gaming regulator, the Consell Regulador Andorrà del Joc (CRAJ), announced it was withdrawing the casino concession it issued last summer to Jocs SA, which promised to build a €15m, 4,000-square-meter casino in the capital Andorra la Vella that was to open in September 2020 with Austria’s Novomatic Group overseeing gaming operations.

Jocs beat out numerous international gaming giants, including Genting, Barrière, Casinos Austria, Cirsa and Partouche, who got together and launched a legal challenge of the concession due to what they claimed were “serious irregularities” in the casino tender process.

On Wednesday, CRAJ said it had identified “deficiencies” in Jocs’ paperwork, including unspecified deviations from the original architectural plans compared with the more detailed plans Jocs submitted last December, which violated the terms of the tender process.

The CRAJ also cited Jocs’ somewhat comic failure to register a trademark on the Casino de los Valles brand. Jocs apparently registered the mark exclusively for online gambling purposes, and by the time it got around to filing an additional trademark application, Barrière had registered the mark for land-based casino operations.

Jocs will have one month in which to appeal the CRAJ’s decision but the other spurned operators are already demanding that the government start the casino tender process over from scratch.

The principality of Andorra is a sovereign microstate sandwiched between Spain and France. Only around 77k souls call Andorra home but it welcomes over 10m tourists on an annual basis, and it’s these international visitors who will be the prime customers for whichever operator ultimately prevails in this ongoing casino kerfuffle.