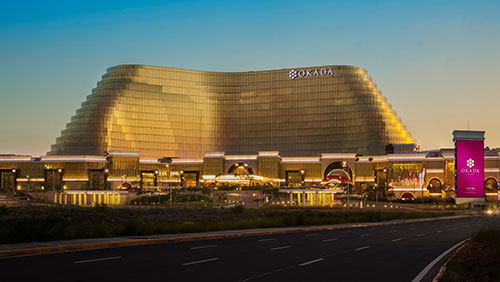 A round-up of PokerStars Live news including a return to Madrid for the European Poker Tour and 2019 Asia-Pacific Poker Tour stops in Korea and Manila.

PokerStars’ busy beavers have been constructing new live tournament experiences for customers new and old, and we begin with news of PokerStars Live events in Spain.

Madrid lovers are in for a surprise after the announcement to partner with Gran Casino Madrid for a PokerStars European Poker Tour (EPT) Open Madrid.

The nine-day festival starts on June 22 and culminates with the €1,100 buy-in EPT Open Madrid Main Event. It’s the second EPT Open after Vyacheslav Bondartsev conquered a field of 649-entrants to take the $183,991 first prize at the EPT Open Sochi Main Event in September. The last time the EPT brand fell onto the Lillywhite Gran Casino Madrid was in 2011 when Ivan Freitez controversially won the €1.5m first prize in the EPT Grand Final.

Last but not least, PokerStars has confirmed an intention to continue to sponsor the Campeonato Espana De Poker (CEP). The tour garnered worldwide fascination after the 2018 CEP Leaderboard winner, Ramon Colillas, turned his $30,000 Platinum Pass freeroll into the $5.1m first prize at the PokerStars’ Player’s No-Limit Hold’em Championship (PSPC).

CEP Barcelona takes place in February at the Casino Barcelona, and a second Barcelona stop runs Aug 14-20, as a prelude to EPT Barcelona.

The CEP will announce further stops after inking new contracts.

The PokerStars machine has snapped a few spare ribs, and tossed them throughout Asia in the hope they will grow into sizeable beasts.

The first one lands in Manila, at the new PokerStars LIVE poker room at the Okada Manila, and on February 9th, a bunch of people in the know will give the slot machines a miss to celebrate the grand opening of the room with a flute or two of champagne, and some pineapple and cheese on sticks.

The opening happens in the midst of the Okada Manila Millions, with 13-events spread across Feb 5 to 10.

Then the PokerStars Asia-Pacific Poker Tour (APPT) Manila moves into town July 26 to August 4, and you get to compete in this dazzling array of events.

It’s worth noting that during last year’s PokerStars festivities in Manila, Marc Rivera won the APPT Manila National for $85,940 and a $30,000 Platinum Pass, which he converted to a $2,168,000 prize after finishing 3rd in the PSPC.

The second rib lands at the top of Walker Hill in South Korea, in the luxurious Paradise City Resort and Casino where it will sprout into APPT Korea.

The dates are April 5 to 14, and here are the highlights: