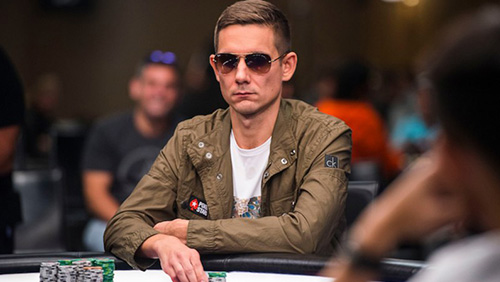 The final round-up from the PokerStars European Poker Tour Barcelona as Piotr Nurzynski turns a €250 online satellite ticket into a million euros, and Max Silver puts his SnapShove misery behind him to pick up the win in the final €10k.

So how about poker?

Can anyone be a professional poker player?

All you need is an inspiration.

And then, sometimes, someone comes along and shows you another way.

In 2014, John Duthie wondered if gazillions of poker players would turn up to play in a series of live tournaments held in some of the most salubrious surroundings throughout Europe.

The European Poker Tour (EPT) was born, and the Casino Barcelona held the first event where the Swede, Alexander Stevic, defeated a field of 229 entrants, including the Irishman David O’Callaghan in heads-up action to win the first prize of €80,000.

15-years later and the EPT returned to where I all began.

A few things have changed.

The EPT belongs to PokerStars, not Duthie.

There is no Duthie.

I call that progress.

The EPT Returns to Barcelona, and it’s a Record-Breaker.

After a year where the event masqueraded as the PokerStars Championship, the EPT was back in the heart of Catalonia. It seems the players missed those three letters.

The event attracted a record 1,931 entrants, and €9,365,350 in prize money and every conceivable star you could think turned up to compete.

And a few unknown.

People like, Piotr Nurzynski and Haoxiang Wang, two players with barely €10,000 in live tournament results between them, and not a single ITM finish before 2017.

And yet the pair of them managed to navigate their way through an unofficial final table that included former EPT Champions, John Juanda and Ognyan Dimov, and the former Irish Open Champion Patrick Clarke, to make it to the heads-up stage.

And by the time the pair had made it to the end zone, both of them were winners.

Nurzynski won his seat after qualifying in an online satellite, played while backpacking through South America. After the final four players shook hands on a deal, the Pole had turned a €250 punt into a €857,109 life-changer, and also picked up a $30,000 Platinum Pass for the $25,000 PokerStars’ Players’ No-Limit Hold’em Championship courtesy of being the Last Online Qualifier Standing.

Wang, who was the chip leader at the time of the deal, banked a million euros, and once he reached heads-up, against Nurzynski, he was also guaranteed a Platinum Pass because the rules prohibited Nurzynski from winning two.

Wang was the overwhelming favourite to take the remaining €180,000 that sat on the table, and a place in EPT folklore, but Nurzynski doubled up early when the pair got it in on Ts9s8d with Wang holding Js9d for the second pair, and open-ended straight draw, and Nurzynski holding pocket kings. The 5h turn and 6h river bricked, to turn the Pole’s stack from a chopstick to a meat cleaver.

The pair traded the lead for a while, neither pulling away and then, Nurzynski took a big lead.

Wang stuck a million in the pot holding pocket nines, Nurzynski three-bet with jacks, and Wang called. The flop was 7d4d3d, and both players checked. The Tc fell on the turn, Nurzynski bet 3.5m, and Wang made the call. The river was the 2c, and with 13.6m already sitting in the middle, Nurzynski wagered 12m, and Wang took all the time he had to make the call.

One hand later and it was all over.

In winning, Nurzynski becomes the fourth player from Poland to win an EPT Main Event, and the second in three years to win in Barcelona: Dominik Panka (2014 PCA), Dzmitry Urbanovich (2016 Dublin) and Sebastian Malec (2016 Barcelona).

So yes, the dream is very much alive.

You just need to get very, very lucky. 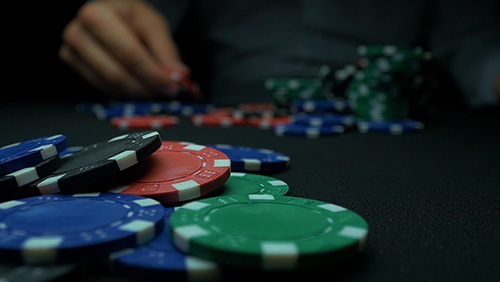 A few weeks after a frown appeared on Max Silver’s face, we have a smile.

Since becoming a father, and launching his poker app SnapShove, Silver hasn’t spent too much time at the tables. Recently, without warning, Apple removed Silver’s app from their online store, wrongly labelling it a gambling product.

SnapShove services over 50,000 players, a decent chunk of which have paid $14.99 for the privilege, so the news must have hurt the man from the UK.

I think he feels a little better this morning.

After a less than stellar EPT Barcelona, Silver finished in the black by winning the final €10,000 High Roller for €600,924, after cutting a threeway deal with Norbert Szecsi and Joris Rijs.

Silver would go on to beat Szecsi in heads-up action to claim the title, after his pocket tens beat pocket treys in a short heads-up encounter that started even steven.

The win is Silver’s 13th of his career, and nine of them have come in PokerStars Live events, including a United Kingdom & Ireland Poker Tour (UKIPT) victory back in 2010. All told, Silver has won $4,486,191 playing live tournaments, and last year won his first WSOP bracelet, outlasting 256 entrants in a Limit Hold’em event earning $172,645.

Seth Davies rounded off a decent EPT Barcelona showing with a 12th place finish. Davies finished sixth in the €50,000 and 13th in a €25,000. Mikalai Vaskaboinikau, who qualified for the €50,000 via a live satellite and finished fifth also finished 16th in this one, and the best looking man in poker Dario Sammartino finished 19th.