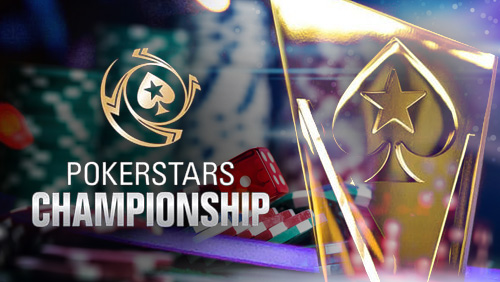 A full round-up of all the action at the PokerStars Championships in the Bahamas with Christian Harder, Bryn Kenney, and Dario Sammartino earning all the plaudits.


The PokerStars Championships in the Bahamas will always be known as the PCA. But this year it was different – new branding; new pomp and circumstance, and the beginning of an exciting new era for a consolidated PokerStars Live product.

I’m not sure which PokerStars quote is more accurate, but one thing that did change was the level of attendees.

It cannot be the change in branding. One assumes the cost of flying, and living, in that neck of the woods, took it’s toll on the players who hang around in that middle strata where money is earned rather than handed to them on a paper plate.

The one thing that made the European Poker Tour (EPT) the premier live tour outside of the World Series of Poker (WSOP) was the ability to pick up significant six-figure sums in some of the best side event action in the biz.

All that changed this past fortnight. Fields were low; very low, and looking through the data, the event looked like a playground for the rich and famous with only the High Rollers turning out decent fields.

The Main Event was a throwback to the good old days, with Christian Harder facing WSOP November Niner, Cliff Josephy for the title. Harder eventually took the crown, his first major live title since he started racking up ‘$’ signs on the Hendon Mob way back in 2007.

Other notables who put in sterling performances were Jason Mercier (14), Ryan Riess (15), and Adrian Mateos (18).

As the Global Poker Index (GPI) and Global Poker League (GPL) continues to promote poker as a game of skill played by the elite, the High Roller circuit has become poker’s Champions League.

All of the big boys turned up to compete in six events with buy-ins high enough to make the working class puke in their porridge.

The undisputed star of the show was Bryn Kenney. The GPL New York Rounders gaffer continued a run of form that cemented his place in the world’s top five, with six cashes – including five final tables, one final table bubble berth, and two titles.

Dario Sammartino also put in a sterling shift with three High Roller Final Tables, including a victory in a $10k event and runner-up to Kenney in the first-ever Shot Clock game in PokerStars history.

The Shot-Clock seems to be the answer to the problem of slow-playing, but not everyone is a fan.

Some shot clock thoughts on this lovely Sunday morning pic.twitter.com/ZrtWTHce7Y

I think PokerStars will keep the clock away from the recreational players for now, but expect to see it become mandatory in the High Roller events.

Here are the significant results from the Bahamas.

The biggest side-event of them all was the $2,200 buy-in National Championship and a pretty decent final table formed, with Nicola Basile beating David Yan in heads-up action.

Sergi Reixach enjoyed a profitable time in the sun. The Spaniard cashed five times including two High Roller Final Tables, a runner-spot in a $3,000 buy-in event and victory in a $5k NLHE event for $50,000.

Finally, Oleksii Khoroshenin also had a spanking time in the Bahamas with three final tables, all resulting in top three finishes, crowned by victory in a $3k NLHE event for $39,660.

The next PokerStars Championships will take place in Panama, March 10.