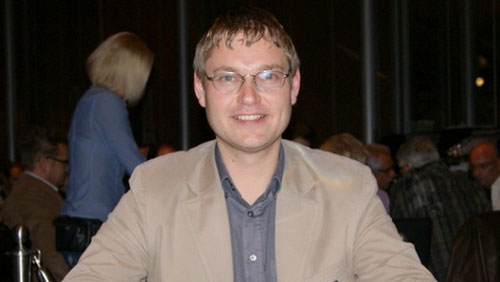 A telecommunications engineer from Switzerland has made an impact at the right time by taking down the WPTDeepStacks Main Event in Berlin, and Toby Lewis leads the WPT Gardens Poker Championships in California with half a million dollars up for grabs.

Methinks it will be a flash in the pan, but the WPT held two events simultaneously, on two different continents, with most of poker’s travelling circus flying between the Bahamas and Melbourne, and their fans didn’t let them down.

Thomas Hofmann took time off work to attend the WPTDS Main Event in Berlin after playing in the event, and loving life, in 2018. Hofmann didn’t profit during that run, but this win more than makes up for that.

Two years ago, Hofmann finished runner-up to Albert Hoekendijk in the €1,100 No-Limit Hold’em Little One for One Drop in the WSOPE for a career-high €105,532, and he wasn’t about to make the same mistake when he took a 12m v 7m chip advantage into heads-up against the inexperienced Eldaras Rafijevas.

Rafijevas did bring the stacks to an even keel, but never took the chip lead. In the final hand, Rafijevas moved all-in holding pocket treys, and Hofman called and eliminated him holding AJ after an ace appeared on the flop during the deck’s five-card Mexican wave.

The win takes Hofmann to the brink of $1m in live tournament earnings, and this was his 15th career win.

Next up for the WPT on European soil is their Russian debut in Sochi Jan 21 – 27. Stateside, the $10,000 WPT Gardens Poker Championships pulled in 253-entrants, not bad considering most $10,000 players were in the Bahamas, and at the time of writing the former European Poker Tour (EPT) Main Event winner, and reigning Aussie Millions Main Event winner, has the chip lead with 33-entrants remaining in the slugfest with half a million dollars up top.