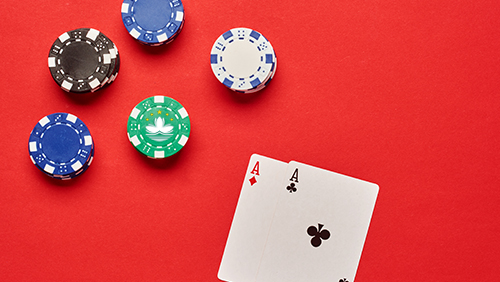 The Sanford C. Bernstein brokerage has reiterated the expectation that Macau’s gross gaming revenue (GGR) is going to suffer this month. It forecasts that the GGR could contract by a minimum of 8%, but that it could reach as high as 12%, year-on-year. The predictions are slightly more bleak than those offered by Japan-based brokerage Nomura and, if accurate, would be the first time in almost two years that Macau’s GGR has retracted.

Bernstein analysts Vitaly Umansky, Eunice Lee and Kelsey Zhu state that the GGR in the gambling mecca for the week of January 7 – 13 saw a downturn due to several factors, including “continued enforcement of the smoking ban; the crackdown of the illegal point-of-sale scheme; and visitation slowdown in anticipation of the Chinese New Year in early February.”

The smoking ban was introduced on January 1, 2018, but casinos were given a year’s grace period to come into compliance with smoking at tables in VIP rooms. There are still a number of casinos that have not implemented the new smoking regulations, which include completely closed smoking lounges and advanced smoke extraction equipment.

The “illegal point-of-sale scheme” reference stems from a scam that allegedly moved $153 million from China to Macau last year, and which resulted in the evasion of China’s currency export controls. That investigation is still active.

The Chinese New Year, February 5, is expected to bring a reduction of traffic to Macau. It is also coupled with the start of the next lunar new year, the Year of the Pig.

The analysts also pointed out that the hold rate, when viewed month-to-date, was “around the normal range” of 2.9%-3%. They added, “Month-to-date VIP volume and mass GGR are estimated to be down mid- to high single-digits.”

Nomura acknowledged that there would be some slowdown in January, but wasn’t as pessimistic as the Bernstein analysts. It expects GGR this month to be on par with what was reported in January last year, but adds that it could be as much as 5% lower.

Nomura analysts Harry Curtis, Daniel Adam and Brian Dobson also brought up the smoking rules and the point-of-sale scheme in their note, but added, “We believe the U.S. operators were less affected by the point-of-sale issues, as they tend to be stricter enforcers of the regulations.” They added, “By segment, we estimate that: average daily mass growth was approximately 6 percent to 7 percent lower versus the average in December; VIP hold percentage was approximately 2.9 percent to 3.0 percent (versus the ‘normalised’ hold range of 2.7 percent to 3.0 percent); and VIP volume growth is tracking approximately 8 percent lower sequentially compared with last month’s average.”