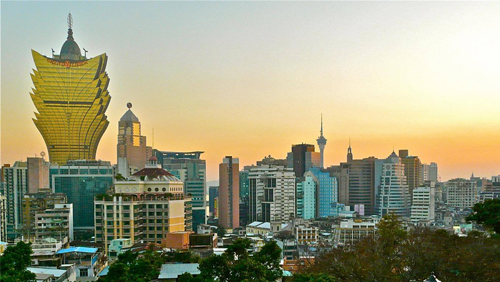 Next year, two casino operators in Macau face the expiration of their gaming licenses. The concessions are held by SJM Holdings and MGM China Holdings. Those groups have often asserted that the local government should extend their concessions until 2022, which would put them in line with four other license expirations. They argue that this would allow all six license holders to be on a level footing and to be able to compete “at the same pace.” Last November, Macau remained unsettlingly silent on the subject of the concessions and now, into 2019, doesn’t seem to be any closer to revealing its plans.

According to a report by GGRAsia, the head of Macau’s Gaming Inspection and Coordination Bureau, Paulo Martins Chan, skated around questions about the concessions in a closed-door meeting yesterday. GGRAsia specifically asked if the government was planning to allow the extension for SJM and MGM China, to which Chan replied, “Regarding this issue, we’ve submitted the technical opinions on [the arrangement] of the six gaming concessions to our superiors. But we do not have any news to tell yet.” He also refused to provide details regarding what the “technical opinions” included. In other words, someone, somewhere, is somehow working on something.

Since no headway was being made regarding the concessions, talk changed to junkets. Chan wasn’t so elusive on this subject, stating that a draft amendment bill that will regulate junket promoters was “ready.” He added, “The bill is now undergoing some adjustments. We hope that it will be submitted to the Legislative Assembly soon [for deliberation].” Of course, that statement wasn’t exactly a revelation as the draft was first announced last November.

Among the components of the bill, junkets could face “severe penalties” for making unlawful capital deposits. At the same time, the government has suggested raising the limit to $1.23 million for deposits by any newly registered casino junkets.

Yesterday’s meeting had been designed to address the Macau Jockey Club and was attended by government officials and representatives from the club. The operator of the venue, the Macau Horse Race Co. Ltd., has been ordered to pay backdated dues spanning three years or it could lose its rights to operate. The club reportedly owes just under $19 million to the city’s coffers.