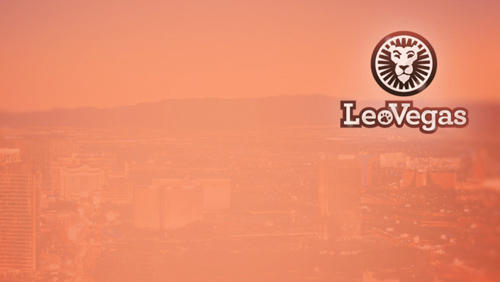 Gamblers aren’t too complicated when you get down to it. They want to play their favorite games, hopefully win a bunch of money, and collect those winnings quickly. With online gambling, the easy part is giving them a game to play, and the much harder part is making the deposit and withdrawals convenient and fast enough to meet player expectations.

LeoVegas, the Swedish mobile gaming company, is hoping to give their customers a faster way to collect those winnings by introducing Swish as a payment provider. The big question though is, why haven’t they cut out the middleman yet by just accepting Bitcoin SV (BSV)?

Let’s start with Swish. In a press release, LeoVegas said their goal is “to offer the ultimate gaming experience for our customers, and we are now making this even better with the launch of Sweden’s fastest deposit method via Swish.”

The press release notes that 6.7 million Swedes, or 63% of the population, currently use Swish. The January 1 re-regulation of the Swedish gambling market allow LeoVegas the opportunity to work with banks and Swish more closely to make this an option.

Swish is pretty easy to set up. Their website states that all you have to do is link a mobile number to a bank account in their app, and then you’ll be able to receive funds. By also activating it with the Mobile BankID app, you’ll be able to send funds. If the user wants to change bank accounts, you just need to update the account information in Swish. If ever the user has trouble receiving funds, they just have to call their bank.

This is where the trouble starts.

If you’ve ever dealt with a gambler who was waiting for their winnings, their patience is limited when they think you’re holding out on them. Swish is advertised as a nearly instant payment system, and it probably works great the majority of the time. However, what Swish ultimately does is facilitate fast bank transfers. If your winnings aren’t in your bank account yet, who’s to blame? LeoVegas? Swish? The Bank?

Swish already directs you to call the bank, so they will be of no help tracking down your money. The Bank will either have no idea where your money is, or they’ll be holding it up because of “suspicious activities,” like you were gambling away the baby’s milk and diaper money. LeoVegas will be at the mercy of the bank’s processing systems and customer support to deliver those winnings, and you won’t know who’s telling you the whole truth. That’s how the story always goes.

BSV solves all of this mess, quickly and easily, because it removes all the middle men and provides transparency. Payments go between the customer and the online site nearly instantly. If a player is ever unsure where their winnings went, the operator can point them to the blockchain to show where payment was sent. There’s no bank to get in the way of either the operator or the player from receiving funds, allowing both to transact in peace. As its all transparent, there’s no suspicion or fear of the money ever going missing. And neither side has to worry about network congestion, as BSV is built to scale to its needs. It was basically made to be a perfect payment option for exactly this kind of thing.

It’s truly a good thing that LeoVegas is looking to set up a fast and convenient payment option for their clientele. At the moment, they don’t appear to offer any cryptocurrency payment options. They may want to checkout BSV as their next addition.

iGaming Future: How the Bitcoin Blockchain Can Power More Efficiency and Transparency Across the Industry’s Value Chain
Derek Tonin
2 October 2020