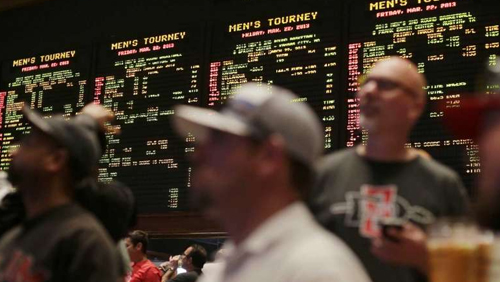 Gambling regulations opening up legal sports betting are coming fast to many parts of the United States. They couldn’t come fast enough for some Massachusetts punters though, and now the law has stepped in.

Nine people in the Greater Boston area have now been indicted on charges of illegal sports betting and money laundering. Local news reports that the charges stem from an investigation by the state’s police and the attorney general’s Gaming Enforcement Division. On top of the gambling charges, they’ve also been accused of attempted extortion. It appears that for some losing bettors, there may have been threats if they didn’t pay up. It didn’t help their case that one of the losing bettors was an undercover officer.

The indictments came just days after a bar manager pleaded guilty to running an illegal gambling ring, for which he was indicted in 2017.

It’s pretty clear, Bay Staters want to bet on sports, and they’re willing to risk running afoul of the law to get some action. What’s worrisome is when their local bookie is threatening to break some legs to get paid.

As experienced regulators have argued, harsh regulation or prohibition only serves to drive gambling underground, where it can be dangerous both for the player and the operator. The best approach is to provide a safe, well regulated environment where players can bet with peace of mind, and the bookie isn’t working from the shadows.

Pressure is starting to come from the private sector to get this situation fixed. MGM, which opened up the MGM Springfield earlier this year, wants to get sports betting on offer. To do so, they’ll first have to convince the state it should be legalized and regulated. Mike Matthis, president of the casino, plans to address it with the state legislature “right after the first of the year.” Local news reports that the governor is open to the idea.