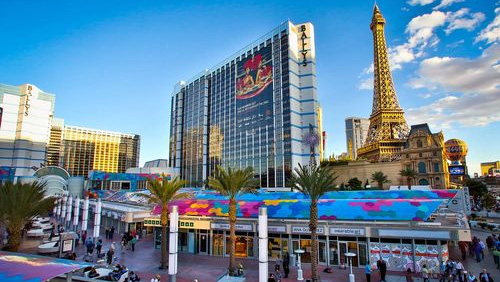 Bally’s Casino in Vegas is making the final preparations for a charity poker tournament to be held on December 9. The event, “All in for CP,” will benefit the One Step Closer Foundation, an organization that raises funds for those suffering from cerebral palsy (CP). Already on board are several popular poker players, including John Cynn and Scott Blumstein.

One Step Closer holds two charity poker tournaments each year in Vegas, with the other being held during the WSOP in the summer. Its founder and president, Jacob Zalewski, was born three months premature in 1983 and was diagnosed with CP. Doctors put the odds of his survival at only 3%, but he has shown them that he’s in charge. He launched the foundation in 2007 with the late Sam Simon, who created The Simpsons.

Zalewski comments on the success of the foundation, “I never imagined that we would raise over $1 million and be having regular tournaments for the past 12 years. Every year, I’m truly humbled to see the support that the foundation receives. I want to thank everyone who has ever come out to play in one of our events.”

In addition to a stellar lineup of poker players, the event is also going to see support by a number of celebrities, including actor Cheryl Hines and Montel Williams. Both will be on hand as the event’s hosts and Hines said of Zalewski, “I love Jacob. It is truly inspiring that someone who has cerebral palsy has the resources and the spirit to start a foundation to help other people with cerebral palsy. It’s amazing to me and I really admire Jacob and I want to support him in any way I can.”

The poker tournament will be a $350 buy-in game and will allow $100 add-ons and re-buys. The top 15 finalists will split a pot of $25,000 with the winner taking home $10,000. Other prizes up for grabs include a seat and buy-in at a Friday Night Poker game, hotel packages for Bellagio, Planet Hollywood and Aria, as well as buy-ins for the 2019 Raising the Stakes charity tournament. A silent auction is also on tap, giving attendees the opportunity to bid on sports memorabilia.

Bernard Lee, poker player and podcaster and VP of Marketing and Operations for One Step Closer, asserts, “Honestly, I believe that we have some of the best prizes around for a charity poker tournament. However, I don’t think that is the main reason why players come back year after year. The real reasons are that everyone comes to support such a good cause especially Jacob and everyone truly has an incredibly fun time. It is always such a party atmosphere.”