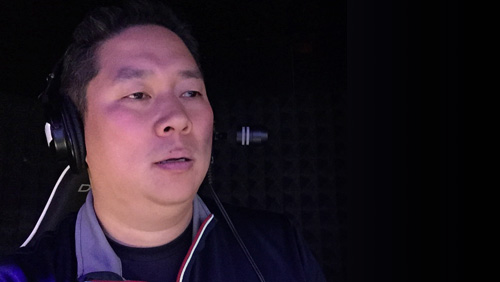 Bernard Lee has been running his poker podcast, The Bernard Lee Poker Show, for 11 years. It has become one of the most popular shows, bringing to the spotlight a number of poker greats, including Doyle Brunson, Joe Cada, Scott Blumstein, as well as many others. His podcast has now gained some additional support and has become a part of the PokerNews Podcast Network.

Lee’s podcast was previously a main component of Rounder’s Radio, one of the world’s most popular poker talk show radio stations. It has also been broadcast on Terrestrial Radio in Boston, as well as on Money Matters Radio Network.

The show will continue on Terrestrial, but being added to the lineup of shows affiliated with PokerNews is going to give it a significant boost. Says Lee, “For over a decade, I have interviewed poker superstars, champions, rising newcomers and prominent industry personnel in the world of poker. Now, I am able to bring my show to an expanded audience through the PokerNews Podcast Network. I hope everyone will enjoy the show as much as I enjoy making it.”

Lee has been a guest columnist on PokerNews since this past summer, perhaps in a trial of his integration into the PokerNews group. He states, “I am thrilled to be joining the PokerNews Podcast Family. I enjoy listening to all of the podcasts on the network and am honored and humbled to be mentioned with these excellent shows.”

After launching as part of PokerNews, Lee has already brought in some high-level names, including 2018 WSOP Main Event winner, John Cynn. Lee isn’t done yet, though, and will have Joe Cada on an upcoming episode. Explains Cada, “No one works harder in the poker industry than Bernard,” Cada said of his interviewer. “He has not only been successful on the felt, but also off the felt with his writing, commentating and of course, his top rated radio show/podcast. It is always a pleasure to join him on his show.”

Lee has been on the poker scene for more than 13 years, amassing over $2.3 million in the process. He has an endless compilation of first- and second-place wins, as well as ten WSOP and five WPT cashes. He is an industry expert and media personality that has developed a significant following over his enduring career.

The podcast, as well as the rest of the PokerNews shows, can be accessed through PokerNews’ audioboom site. Lee’s show can also be accessed directly through audioboom.