From Bum to Champ: partypoker does a Rocky with record online tournament

partypoker prove everyone but themselves wrong after once again pulling off a last-minute miracle to create the richest online poker tournament the world has ever seen. 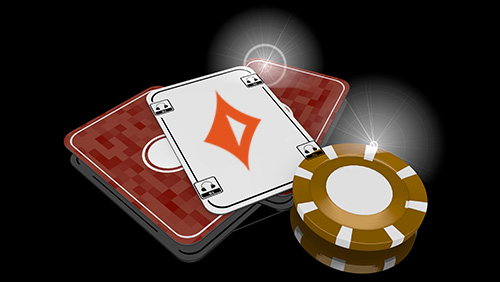 Do you remember the days of the drop handle bike?

The razor blade for a seat?

Every story starts with a theme, and after watching the online poker bridesmaids systematically rip apart the online multi-table tournament (MTT) record books this evening, I think I have figured out what theirs is.

It’s the classic Rocky theme: the story of the bum that became a champion because they were given a chance.

The chance was a bold move to host a $20m Guaranteed, $5,300 buy-in online MTT called Online MILLIONS. Bold because it had never been done before (PokerStars held the record – $12,423,200). Bold because the richest prize pool partypoker had ever managed was $5,135,000 during the debut Online MILLIONS in 2017.

Before Tom Waters and the board got their chequebook out and started drafting the likes of John Duthie, Rob Yong, Mike Sexton, Patrick Leonard and Fedor Holz, that’s what they were in comparison with the Apollo Creed-like dominance PokerStars had over the ecosystem.

Today, partypoker are the champions of online poker.

The plan was to cram 4,000 players into their virtual corner of the world spread over five starting flights. They began well with 1,574 entrants appearing on Day 1A, but partypoker knew this was going to be the most significant day as they had herded the online qualifiers into this corral.

Partypoker was on the ropes.

Blood poured from the nose.

The gumshield lay on the floor.

Wow! The #MILLIONSOnline has hit its $20 million guarantee and is now the biggest-ever single online poker tournament in history! We cannot thank you enough for your incredible support! pic.twitter.com/awuT1b487T

I don’t know what all the fuss was about?

Players through to Day 2 include.

Players through to Day 2

Tom Waters told PocketFive’s Lance Bradley that $20m is the biggest tournament you can get without more than a year of marketing.

I double dare you.