partypoker LIVE removes PokerStars from the CIS seat of power

partypoker LIVE shows they have the organisational nous and player pulling power to replace PokerStars as the most successful live tournament operator in Europe after hosting the largest festival in CIS history.

When Mike Sexton left his cushy number at the World Poker Tour (WPT) to help his beloved partypoker become the number one live tournament operator in the world, I thought all the gambling had messed with his mind. 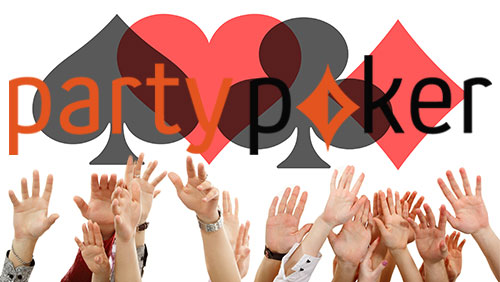 Neither the WPT or the World Series of Poker (WSOP) had been able to replicate their North American success in other parts of the world, leaving the European Poker Tour (EPT) to rise from the bubbles in John Duthie’s bath tub to become the leading light in European live poker.

If you want to be the best, you have to beat the best, and partypoker LIVE has wasted no time getting into the face of the PokerStars machine. The EPT brand name may be dead, but the PokerStars Championship contains the EPT’s soul.

When PokerStars came to Sochi Russia, in May of this year, the $5,590 buy-in $2.6m GTD Main Event attracted 387 entrants and handed $515,774 to the eventual winner, Pavel Shirshikov. partypoker LIVE promised to double that guarantee to $5m, and give the winner $1m in prize money. They needed a thousand players to hit that mark, and 999 showed up, making it the largest festival of its kind in CIS history, and the only time partypoker LIVE will be breaking out the champagne after an overlay.

Does this signify a shift in power?

Has Sexton got there earlier than he thought?

Here are the other big names:

There is one partypoker ambassador left in the race, Dzmitry Urbanovich has 2,875,000. It’s worth noting that Troyanovskiy finished second in the PokerStars Sochi Main Event. Other notables who travelled deeper than Voyager include Steve O’Dwyer (69th), Johnny Lodden (102nd), and the former tennis world #1 Yevgeny Kafelnikov (109th).