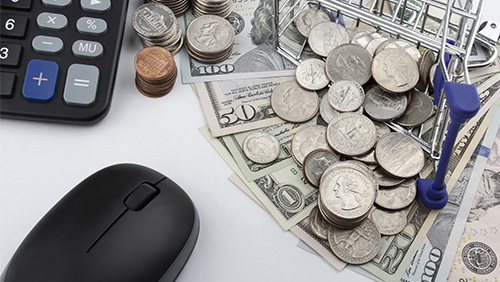 It’s that time of year. Federal taxes are coming due for U.S. taxpayers in April and, while four months may seem like a long time to prepare, now is the time to start getting things ready. The Tax Cuts and Jobs Act of 2018 (TCJA) has introduced a number of changes that could help, or hurt, eligible individuals.

The TCJA introduced a number of small reductions for certain individual tax brackets. It also increased the individual alternative minimum tax, as well as estate tax exemptions. Major changes to taxation of foreign income were also added. However, the downside is that it eliminated or limited a number of tax breaks and most of the tax relief offered is only temporary.

The law states that all gambling winnings must be reported. Some U.S. players may receive a Form W-2G, which covers certain gambling winnings, from casinos where they have played and won. The form is issued if net winnings total $600 or more and are at least 300 times the amount wagered. They can also be issued if an individual is subject to the withholding of federal income tax. Casinos are obligated to withhold 24% if the net winnings are over $5,000.

For recreational gamblers, winnings have to be reported on Line 21 of Form 1040, the standard federal tax filing form. They should be listed under the “Other Income” category and recreational players may deduct losses against their winnings, which must be listed as an itemized deduction on the taxpayer’s Schedule A.

Professional poker players have things a little different. Gambling activity is reported on the Schedule C – Profit or Loss from a Business, which allows the taxpayer to reduce his or her income earned by offsetting the amount with expenses or losses incurred from bets, but only to the extent of winnings from the gambling activity.

There are always a lot of moving parts to tax filings, but filing for 2018 may be a little more confusing. It’s important to get things rolling now to avoid the last-minute scramble that might result in errors, underpayments or overpayments and which could result in an unfriendly visit by the Internal Revenue Service.