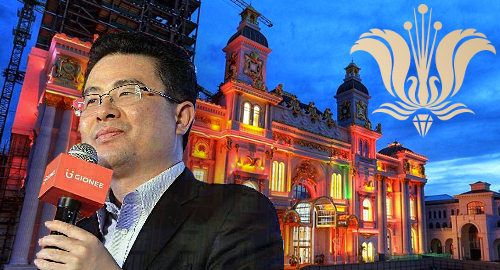 A Chinese tech tycoon is denying that his nine-figure gambling losses at Saipan’s Imperial Pacific casino are to blame for the near-bankruptcy of smartphone maker Gionee.

Last weekend, Chinese business media outlet Securities Times published an interview with Gionee chairman/CEO Liu Lirong in which he denied reports that he’d lost up to RMB10b (US$1.44b) gambling at the Imperial Pacific Resort casino on the island of Saipan.

Gionee, which holds 6% of China’s smartphone market, is teetering on the verge of bankruptcy, with around RMB17b in debts on its balance sheet. Suppliers have cut off the company after several months of non-payments, leaving the company’s future severely in doubt.

In January, a court in the Chinese city of Dongguan ordered a two-year freeze of Liu’s 41% stake in Gionee, reportedly based on growing awareness of the exec’s mounting gambling debts.

Liu said the rumors of his gambling debts were greatly exaggerated, saying “how could I possibly lose” the reported RMB10b sum. Liu added that if the rumors were true, Imperial Pacific International’s Hong Kong-listed shares “should have surged” instead of falling by half since the start of the year.

Liu did admit that he’d lost “a bit more than RMB1b” ($144m) from his gambling activity. But Liu said rumormongers were confusing Gionee’s corporate debts with personal loans he’s taken out over the years, and that the company has been on an entirely independent financial losing streak for the past five years.

Left unsaid is how much of Liu’s admitted $144m gambling losses have actually been collected by IPI. Until recently, the casino operator famously avoided the use of third-party junket middlemen to rope in high-rollers, a strategy that allowed the company to claim a greater share of VIP gambling losses, but also led to the company writing off $733m in bad VIP gambling debts in just the first half of 2018 (on top of the half-billion in bad debts IPI wrote off in 2017).

With the exception of state-run lotteries, China doesn’t allow gambling on the mainland, and thus its courts don’t acknowledge gambling debts as legally enforceable. IPI has occasionally attempted to pursue legal action against VIP deadbeats who reside in more understanding legal jurisdictions, but whether it has any claim to make against – or any chance of collecting from – Mr. Liu remains uncertain.

IPI recently reopened its casino following a temporary shutdown in the wake of Typhoon Yutu, which damaged the island’s international airport and cut off the casino’s supply of international VIPs. IPI has been struggling to counter the public narrative that the casino is in a deep financial hole as it struggles to meet deadlines for completing its still unfinished property.