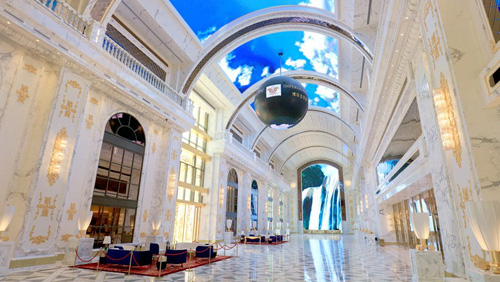 It made the announcement in a filing with the Hong Kong Stock Exchange.

The casino was closed last Friday, because according to IPI, the closing of the island’s international airport had “put a complete halt to the tourism industry.” Saipan International Airport had been damaged by the storm when it hit late October, and only emergency operations, in particular, the provision of relief goods by the military, were allowed.

Because the company “did not want to continue to keep casino open by attracting only residents,” and that there were “millions of dollars in unexpected damage” that required repairs, it decided to close the casino late last week.

Even with the reopening, IPI has said that it would take “several weeks” before things return to normal, due to continued limited entry of tourists to patronize the establishments.

The Saipan Tribune cited sources that said operations will be limited to one shift, with the casino being open only from 6 p.m. to 2 a.m., until the situation normalizes. The news outlet also said that regular daytime flights have already resumed, with regular nighttime flights expected to resume tomorrow.

Completion of the construction of the resort’s hotel, which has been delayed several times, was most recently set to sometime in 2020.

Earlier this month, IPI announced the launch of a bond placement in order to raise $38.3 million, to be used “for general corporate purposes.”

The company recently reacted to a rumor of its going bankrupt, which it said was “completely baseless and untrue,” and that it was going to take “legal action against the original online source spreading slanderous fake news.”