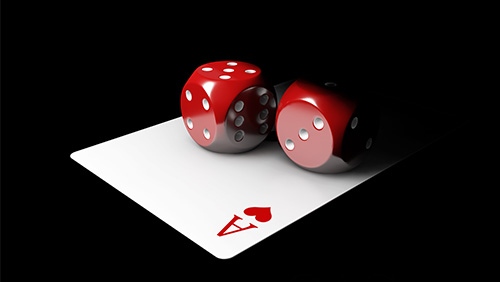 One of the few U.S.-facing online poker portals, Americas Cardroom (ACR), has offered a $1-million-guaranteed poker tournament on Sundays, which has proven so popular that the site decided to make it a permanent item of its lineup. In order to make it sound better (and perhaps to capitalize on Hollywood hype) the tournament will now be known as The Sunday VENOM.

The tournament was previously known as the Million Dollar Encore. As did the Encore, VENOM will offer small fields with impressive cash prizes, including around $200,000 for the first-place winner. The guarantee remains the same, as well, with $1 million up for grabs.

In a tweet from ACR last week, it said, “Our high stakes $1,000,000 GTD tourney has been renamed from Million Dollar Encore to The Sunday Venom! And it’s now running every Sunday at 1pm ET….”

Whether the name came from the Hollywood blockbuster movie by the same name or because players can “choose their poison” in how to secure their seat to the game isn’t readily known. The tournament will have a buy-in of $2,650, but ACR offers several different ways to earn a seat that don’t require breaking the bank.

There will be daily freerolls that will guarantee 113 seats to Step 1, with a total of five Steps to be offered. Players are able to enter at any Step they choose:

The VENOM tournament will be held each Sunday at 1 p.m. Eastern Time. Apart from the Step system, there will also be satellite tournaments daily for a chance to win entry. For those that are on a really tight budget, it’s also possible to grab a seat for just $0.01. ACR offers a special “Spin to Get IN” feature that could award a lucky winner a chance at a seat for just one penny.