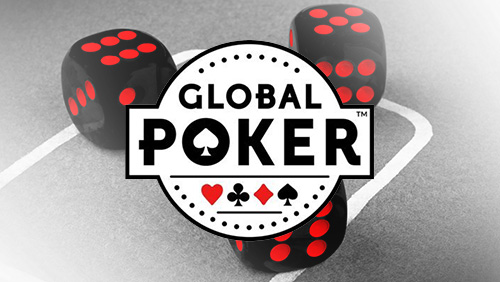 Global Poker has become one of the most popular U.S.-facing poker portals. In a land where online poker has yet to see widespread adoption, the site has created a unique business model that

allows anyone to play poker without having to worry about running afoul of regulators. As it continues to gain users and momentum, the site has now upped the ante on its alternatives to No Limit Hold’em (NLHE) in an effort to appeal to a wider range of players.

A variation of NLHE has been particularly popular as a Global Poker Gold Coins game. In Crazy Pineapple, players are dealt three hole cards. After the flop is dealt, the players make their wagers and are then forced to discard one of the three cards. From this point forward, the game is played as if it were a regular NLHE game.

Crazy Pineapple will now be available in low-limit “Sweeps Cash” (SC) games on the site. As opposed to Gold Coin games, SC games award real money for wins. The variation will be offered as six-max or nine-handed ring games and are available from SC$0.02/$0.04 to SC$1/$2. There will also be Crazy Pineapple tournaments held each day, kicking off at 10:10 PM Eastern Time. The buy-in is just SC$5.50 and the tournaments will offer a guaranteed prize pool of SC$250.

Pot-Limit Omaha (PLO) is already a well-known poker option and a favorite of a number of pros. Global Poker has decided that offering just three options wasn’t enough and has introduced an additional seven varieties. Buy-ins range from SC$1.10 to SC$22 and six-max and four-max Turbo winner-takes-all versions are available.

Global Poker is free to play. Users can play in the Gold Coin games and also purchase additional Gold Coins if they choose. Those purchases provide the users with Sweeps Cash, which can be used in tournaments and games that offer real-money payouts.