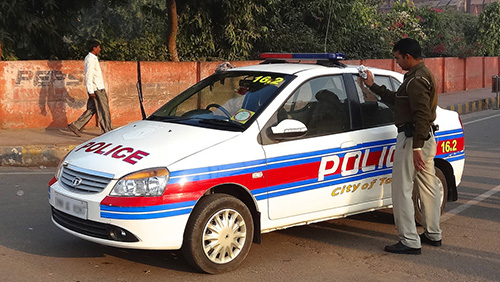 Police in India are staying busy. Officers in Siolim arrested 11 people for gambling this past weekend and Delhi police didn’t want to be outdone. They have arrested around 100 people in the Vishal Enclave of west Delhi’s Rajouri Garden.

The police raid took place Monday night after a number of tips had been submitted to law enforcement officials about a possible gambling ring operating in the enclave. In addition to the arrests, police confiscated 22 lakhs (US$30,145) in cash and 1.83 crore (US$250,000) in chips. They also seized three walkie-talkies, 27 bottle of alcohol and five hookahs.

According to Monika Bhardwaj, the Deputy Commissioner of Police, tips of alleged criminal activity are common during Diwali, the country’s festival of lights. She added that most of those arrested are part of the “upper-middle class,” stating, “During Diwali, we receive a lot of such tip-offs, this was one of those. We conducted the raid as soon as we got the information. There were around 100 people who were there for gambling. The interrogation in the case is underway. [We’re] trying to speak to the main organizer, most people belong to [the] upper-middle class profile.”

The gambling was allegedly organized by someone identified as Virendra Goyal; however, the owner of the property has not yet been found. Bhardwaj added that more details would be released once the investigation is complete and the property owner is located.

India has spent a lot of time, money and resources trying to prevent gambling activity from taking place. However, the efforts aren’t working. Illegal gambling continues to occur and each police action only forces the games further underground. Law enforcement officials try to assert that gambling leads to crime, but the reality is that illegal gambling leads to crime. This is a lesson many states have already learned. It has helped them introduce legislation that not only protects consumers, but results in higher revenue generation for the government coffers.