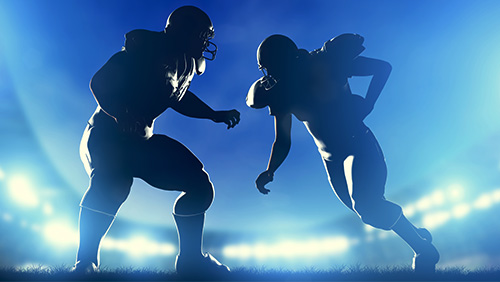 Top-ranked Alabama looks nothing short of invincible this year and already has clinched a spot in the SEC Championship Game. What’s different about this year’s Tide from all those great Nick Saban teams of the past is that the offense has been as good as if not better than the defense most Saturdays.

That’s all due to sophomore quarterback Tua Tagovailoa. We aren’t ready to say the chase for the national championship is over – maybe Clemson can beat Alabama? – but the Heisman race sure is as the Hawaiian is the heavy -1000 favorite to become the first Tide quarterback to win college football’s biggest award.

Alabama has had some Hall of Fame quarterbacks play there but none won a Heisman. The school’s only two winners were running backs: Mark Ingram in 2009 and Derrick Henry in 2015. When did Hawaii become such a quarterback factory? That’s where 2014 Heisman winner (while at Oregon) and current Tennessee Titan Marcus Mariota is from. NFL scouts already are drooling over Tagovailoa, who would easily be the top pick in the 2019 draft if eligible. He’ll have to wait until 2020.

How dominant has Alabama been this year? Tagovailoa hadn’t played in the fourth quarter until Saturday’s 29-0 win at a very good LSU team that was third in the most recent College Football Playoff Top 25. Tagovailoa is a mere mortal, though, as he did throw his first interception of the season against the Tigers.

The only other player within shouting distance is Oklahoma quarterback Kyler Murray at +600. While Tagovailoa will be back in college football next year, Murray won’t. That’s because he’s already the highest-paid college football player in the nation thanks to a $4.66 million signing bonus from the Oakland A’s when Murray was the No. 9 overall pick in the 2018 MLB amateur draft. As part of that contract, Murray can only play one season at quarterback for Oklahoma.

It’s possible we see Tagovailoa and Murray face off in the College Football Playoff, but the Heisman is a regular-season award.

Three other quarterbacks, Ohio State’s Dwayne Haskins (+1400), Michigan’s Shea Patterson (+1400) and West Virginia’s Will Grier (+1800), have a shot at being named Heisman finalists and earn a free trip to the Big Apple. The 2018 Heisman ceremony is Saturday, December 8 at 8:00pm ET from New York City.