partypoker maintain their relationship with Barry Hearn’s Matchroom Sport, becoming the Official Partner of the PGA Euro Pro Tour, and Sam Trickett talks to the Mirror about the high roller lifestyle. 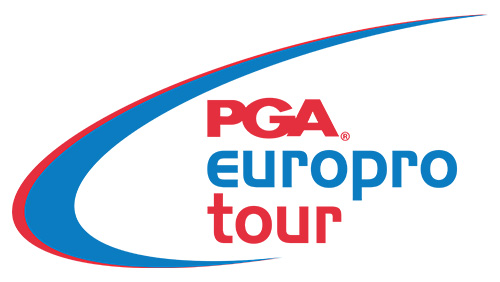 I write about PokerStars a lot, not because I go disco dancing with Eric Hollreiser, or they have a tarantula hidden somewhere in my bedroom, always on the threat of release, but because they have a steady stream of content.

There is a consistent flow, always figuring out unique ways to stay in poker’s limelight and beyond, and it’s good to see that partypoker have taken the plunge, and are also swimming in the same waters.

This morning, as the Maltese sun tries to force its way through a blanket of cloud that resembles the whiteness of Wimbledon, partypoker tells me they have inked a short-term deal to become the Official Partner of the PGA EuroPro Tour.

The tour, which helps develop young male golfers, is the result of the 2012 merger between the EuroPro Tour and the PGA MasterCard Tour and is one of the many sports that Barry Hearn’s Matchroom spray across the broadcasting network like bullets from a submachine gun.

The relationship will see the partypoker brand shown to golf enthusiasts connected with the PGA EuroPro Tour throughout 2019, across social media channels, and on Sky Sports where a highlight package goes out to 98 networks, and 400 million homes.

partypoker will send four teams to compete on tour, comprising of a PGA EPT Pro, and three golfers serving as partypoker ambassadors. In return, partypoker receive three hospitality packages to the tour’s Rose & Thistle Trophy Golf event, taking place in Turnberry on 27 May 2019.

So far in 2018, PGA EuroPro Tour players have won more than £1.2m, and partypoker joins high profile sponsors such as Puma, Sky Sports and Nokia.

partypoker has a long-term relationship with Matchroom Sports that goes way back to the early days of the Premier League, and more recently the pair partnered for pool’s Mosconi Cup, and the US Darts Masters in Las Vegas.

Sam Trickett in the Mirror

One man who has a decent set of clubs in his Ferrari is Sam Trickett, and this week partypoker used their high profile star to promote the upcoming partypoker’s MILLIONS Online tournament with an appearance in The Mirror.

Sitting alongside Halloweens Sexiest Outfits Trickett talks briefly about his experiences in the highest echelon of the game, including witnessing a pot of $20 million pot while playing in Macau (a friend of mine bluffed it all off to a businessman, which is pretty stupid), claiming that some of his friends can become involved in pots reaching $50 million, and how he no longer plays in those games because they are absolutely massive.

You can check out the full interview, right here.