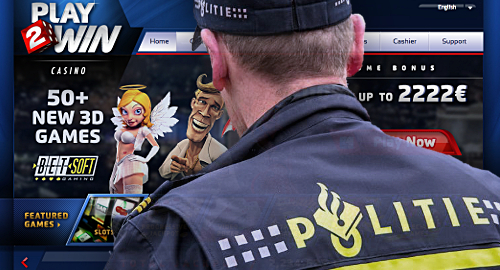 The KSA cites seven gambling sites operated by the two parties, including Play2wincasino.com, Supremeplay.com, Casinofiz.com, Eurofortunegames.com, Rockbet.com, Vanguardscasino.com and Vegasdays.com. The KSA claims these websites were “almost entirely Dutch” through their use of language options and the Dutch-friendly iDeal online payment processor.

The KSA has aggressively penalized numerous other sites for similar infractions in recent years, and has significantly ramped up its enforcement efforts over the past few months. The Netherlands is in the process of (very slowly) liberalizing its online gambling market and senior government officials have suggested that penalized operators may have to serve an unspecified ‘time out’ before they’ll be eligible to even apply for a new Dutch license.

The Dutch senate has yet to approve the country’s Remote Gaming Bill and would-be licensees will have to wait a while longer yet. A recently proposed bill to harmonize the land-based betting tax rate with the proposed 29% online betting rate suggested that the new Dutch online market isn’t likely to take effect until July 2020.

The government may feel entitled to drag its heels on updating the country’s online gambling laws given a recent EenVandaag survey of over 21k Dutch citizens that found only 34% of respondents support the new rules, while 43% are opposed and 23% are undecided.

However, the same survey found that 38% of those surveyed didn’t realize that online gambling was technically illegal in the Netherlands, while 39% believed it was already legal. Embarrassingly for the government, the source of this legal confusion is reportedly the ubiquitous advertising of state-run lotteries.