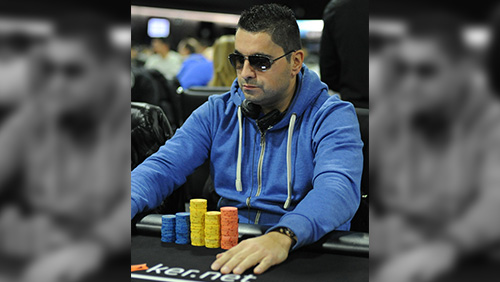 The World Poker Tour and partypoker LIVE roll out the first event in a four-year feast of poker as the WPT Montreal gets underway with a successful WPT500 event.

The fun has begun.

The World Poker Tour (WPT) and partypoker LIVE are marching down the Montreal high street, banging drums and cymbals with all the enthusiasm of a group of Hare Krishnas.

Adam Pliska, Lynn Gilmartin and co looked solemnly on as the old WPT took a ride in the morgue elevator. Tony Dunst and Vince Van Patten have declared the last rites.

It’s time for something different.

For the first time in WPT history, the team are firing all three of their barrels at the poker public, and the people of Montreal are the first to benefit from this brave new world.

The Playground Poker Club in Kahnawake is acting as host for the 2018 partypoker WPT Montreal, where players will compete in a WPT500, WPT Main Event and WPT DeepStacks Main Event.

The first of those three is in the books, and it was a raving success.

2,536 entrants competed in the CAD 550 WPT500 event, and Miguel Goncalo denied Said El-Yousfi the opportunity to add a WPT title to the World Series of Poker (WSOP) bracelet he won in 2016 when he beat 126-entrants at the Global Casino Championships in North Cherokee.

El-Yousfi began with a 48.4m v 27.7m chip lead, but the pair tossed it around like a couple of eagles doing the same with a mouse named Morris before this happened.

A cooler for only his second ever win.

Three seasoned WPT vets ran deep in this one, and not a single snob amongst them: the Season XII WPT Player of the Year, Mukul Pahuja (20th), two-time WPT Champ, Eric Afriat (26th), and the man who once one the Main Event at this venue, Amir Babakhani (64th)

Sticking with the WPTDeepStacks brand; Dustin Foster has beaten 432-entrants to win the Pittsburgh title at the Rivers Casino. Foster beat Paul Ferdiani to capture a career-high $87,366 live tournament score.

Here are the full results: