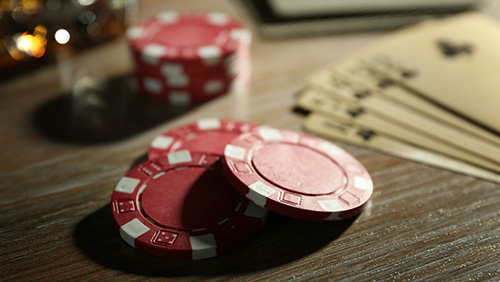 The WPT500 Legends of Poker tournament is back at The Bicycle Casino in California this week, making its second appearance on the WPT schedule since 2014 and its second consecutive appearance at The Bike. This year, however, there will be a total of 16 Day 1 flights, a record for the event and might, quite possibly, result in the largest field ever in the five-year history of the tournament.

The WPT500 had previously been held at the Aria in Las Vegas before making a trip to the UK, where it was hosted by Casino Nottingham. Now back on the sunny beaches of California, it is drawing quite the crowd.

The tournament started this past Saturday with Day 1A. This coming Saturday will see Day 1P, with the fields merging at the end of the second flight on that day. Each day sees two flights, one in the morning at 11:30 and the other in the afternoon at 5:00.

All of the evening flights are turbo blind events. Players have the option of entering multiple “Day 1s” and carrying their largest stack over to the start of Day 2, which will kick off this Sunday at 1:00 p.m. The tournament final will be held Monday, also starting at 1:00 p.m.

The largest field seen for a WPT500 event was in 2015 when the tournament was held at the Aria and 5,113 entries were recorded. When the WPT500 Los Angeles was held last year at the Gardens Casino, 14 flights were offered to make room for the tournament’s 3,266 entries.

This year, with six Day 1 flights already on the books, there have been 764 entries. 39 players so far have made it passed and will return on Day 2.

The first WPT500 of this year was held at the Aria in June. A total of 2,983 entries were logged and Kyriakos Papadopoulos emerged as the victor to take home $207,940. He defeated Bobby Poe in the final heads-up battle, with Poe taking home $139,960 for his runner-up finish.

The current WPT Los Angeles at The Bike is part of the Legends of Poker series, a 25-game series that began on July 28. It runs through September 1 and offers a total of $3.5 million in guarantees. The $570 buy-in WPT500 provides a huge chunk of that, ready to award at $1 million to the tournament finalists, depending on the final number of entries.