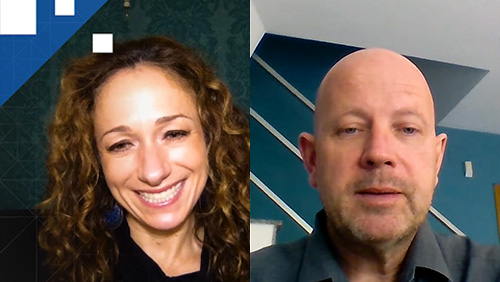 With so many massive gaming events taking place around the world, at times its easy to lose sight of big news coming out of smaller and less-known jurisdictions. This is precisely why iGaming Consultant and conference organizer Willem van Oort puts on events such as Gaming in Spain as part of his portfolio.

Famous for his annual “Gaming in Holland” conference in Amsterdam each summer, van Oort also saw an opportunity in the maturing Spanish market and created “Gaming in Spain” to spread the good word.

On November 7-8, 2018, Madrid’s Wanda Metropolitano (home stadium of Atlético Madrid FC and venue of the 2019 UEFA Champions League Final) will host this year’s event and tackle some of the biggest topics in the Spanish market today, such as tax reductions, potential advertising bans and blockchain technology.

“Apart from the fact that the market is maturing, showing some healthy growth, we’ve seen a few new regulations entering into force this June 1. The online gaming tax was actually reduced from 25 to 20 percent. That’s a big thing and that should have a big impact on the bottom line of the operators”, van Oort shared.

“Besides that, a lesser known fact in the Spanish province of Ceuta, across Gibraltar, if you base your iGaming company there, you get a say, 50% tax break.  This is how it almost looks”, he said.

“One, you only pay 10% instead of 20% on GGR and secondly you only pay half of the corporate tax, so 12.5 instead of 25%. Plus – and this is a big one for operators – there’s a reduced VAT on marketing spend. So, in mainland Spain that’s 21%, if you operate from Ceuta that’s 5%, so reduced GGR tax, reduced corporate tax and reduced VAT. That has a big impact on the gambling operators”, he added.

Another topic of discussion within the Spanish market is in regards to advertising and potential restrictions in the future. With Italy’s recent announcement of a complete ban of online gambling advertising, its not a surprise this subject is top-of-mind for European operators.

“It was headline news the last few weeks, it was an idea by a political party to restrict very abruptly the advertising. I don’t think that’s going to happen”, van Oort revealed.

“What we will see is a new royal decree enter into force, mind you that a royal decree was already in preparation for a few years, that restricts somehow in a responsible manner how companies can advertise and I think personally that will be sufficient to the demands of the political party”, he said.

“We will see, however, also more operators who are in the middle of a licensing period entering the market, so there will be more competition so everybody has to play by the rules, it will be an interesting, more dynamic period, the coming years”, he added.

van Oort also does a wonderful job of integrating more “general industry” topics into his events so delegates walk away with the bigger picture in addition to the region’s particulars. For example, Blockchain is a clearly huge topic of interest amongst the gambling industry and therefore van Oort has included a session with Rais Busom, CEO & founder of GamingBlock, at Gaming in Spain to cover how the iGaming industry can benefit from Blockchain tech.

“When the Rais Busom approached me about the gaming project he’s starting, I was quite interested”, van Oort shard.

“I’m a big fan of blockchain and Bitcoin technology. I think 5 years ago in Amsterdam we did that the first time. To be honest, I’m very curious to see how the presentation is and I’ve heard from several delegates that are very interested to see how it is going. So I’m curious as everybody else”, he said.

Despite the competition from iGaming conference organizing giants, van Oort has found a solid niche for his gaming events, which go hand-in-hand with his consulting business.

“My main job is to do consultancy for iGaming companies and doing this consulting you just come across a lot of topics that you feel the industry is not sharing, there could be better dialogue with regulators and ministries”, he said.

Specifically for Spain, I think there’s a disconnect between the international industry and Spain because there is cultural and language barriers, so we just try to fill that gap, bring a little bit more knowledge and networking to international as well as grow the industry. So we apply this to Spain next week in Madrid as well as Holland every year in June”, van Oort added.