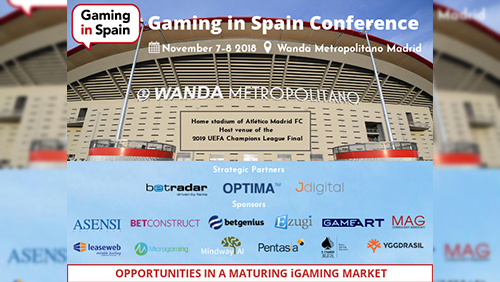 Officials representing the Spanish autonomous city Ceuta will attend next week’s Gaming in Spain Conference to provide a detailed explanation of the significant new tax breaks that are available to iGaming companies based in the North African enclave.

Located only 20 kilometers from the Spanish mainland, the autonomous city of Ceuta is an excellent base of operations for iGaming companies looking to profit from a special tax regime. With a number of important new tax breaks in place, the city has the potential to become an attractive alternative to post-Brexit Gibraltar.

The session will be moderated by Pedro Fernández, Partner at international law firm Garrigues.

The 2018 Gaming in Spain Conference will be held November 7-8, 2018, at Wanda Metropolitano, Madrid.

Registered conference attendants will be offered the opportunity to participate in a behind-the-scenes stadium tour of Wanda Metropolitano, host venue of the 2019 UEFA Champions League Final, followed by business drinks and a networking dinner.

Jdigital members receive an exclusive 15% discount on standard price tickets if they register through this link. Please note: this offer is strictly limited to current members of Jdigital.