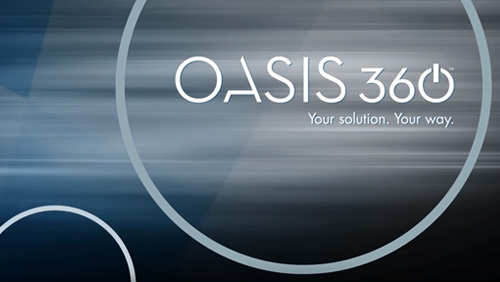 The slot game developer’s Asia-Pacific Sales & Business Development Director Lloyd Robson, speaking at the G2E conference in Las Vegas, said, “We don’t have a system in Asia per se but we’ve had a number of customers through G2E over the past few days that have expressed an interest in our Oasis 360 system. In the last quarter back in Asia there have also been some requests around systems with Aristocrat.”

He added that, “While we are a very strong product and content player in Asia, systems are not something that we have typically pursued in recent years, but on the back of this show and the momentum globally, it’s something that we really want to explore.”

Robson said he had already heard of interest in the Oasis 360 from clients in Macau, the Philippines, Korea, and Vietnam. “Obviously our typical slot product is performing really well in Asia. We’ve got strong market share, and our customer engagement is very high, so we’re looking now to our broader global portfolio to see what else we can bring and cede into Asia to continue the growth that we’re on.”

Describing the Oasis 360, Aristocrat has said that it “gathers information from casino floor slot machines, and relays it to a network of computers for processing and analysis. Casino personnel use this information to generate reports, process jackpots, reward customers, identify problems, and detect breaches in security.” According to the company, it is the most widely used casino management system in America.

Last November, Aristocrat purchased Seattle-based social gaming operator Big Fish Games for a reported $990 million, as part of efforts in positioning itself in the U.S. market.

Just this month, the company’s chairman Ian Blackburne announced that he will be stepping down in February 2019, to be replaced by former Virgin Australia board chairman Neil Chatfield. The change, the firm said, is part of an “ongoing renewal and succession process.” Blackburne has served as a board member since 2009.