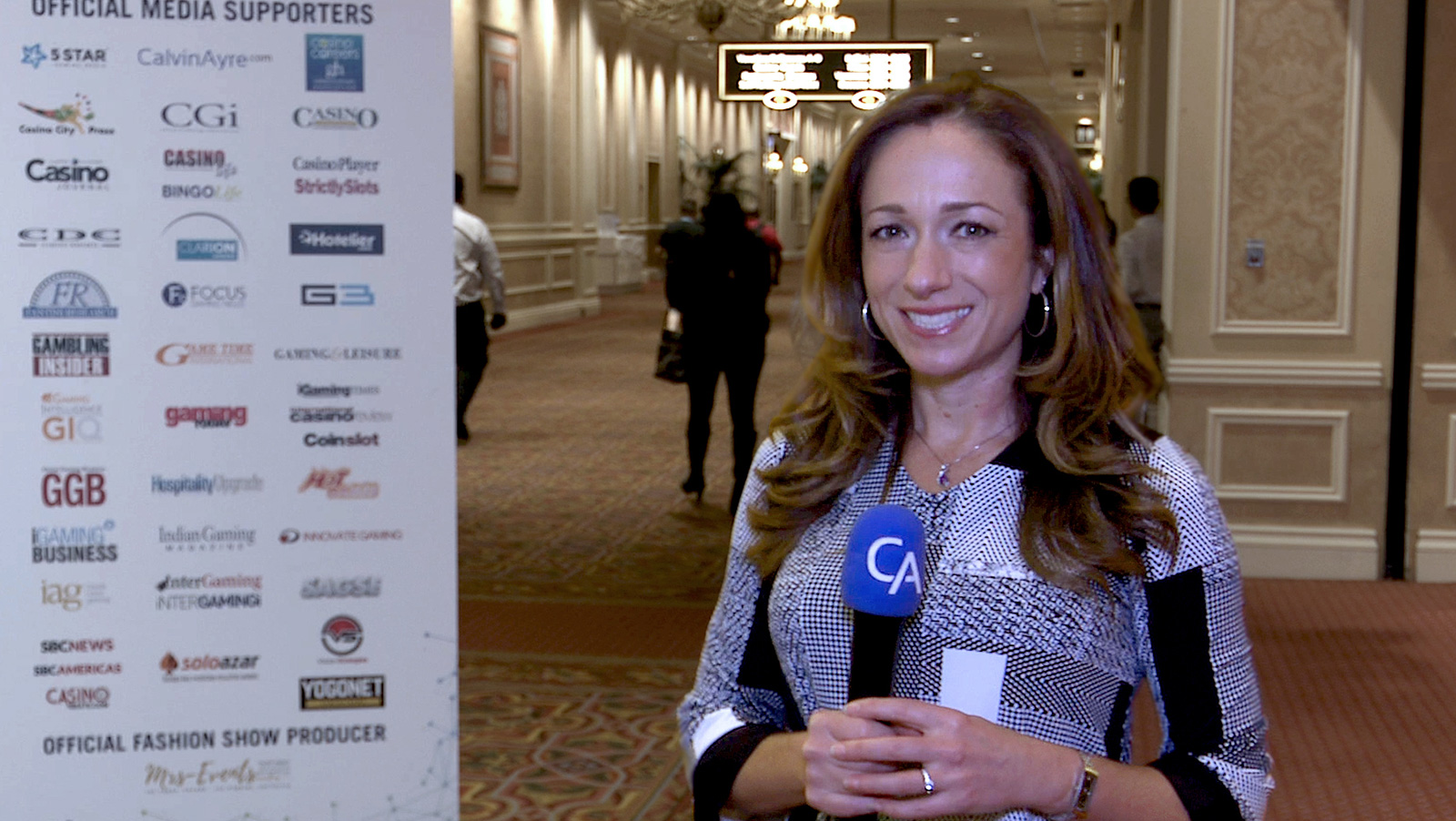 The 2018 edition of the Global Gaming Expo or “G2E” opened its doors today within the Sands Expo, a “soft launch” of sorts as the gigantic expo floor opens tomorrow. Today the agenda consisted of a series of morning and afternoon sessions, with the Global Gaming Awards luncheon taking place in between.

The Global Gaming Awards, now in their fifth year, are presented by industry news site Gambling Insider and KPMG manages the judging process. BetConstruct, the lead sponsor for two years in a row, opened up the ceremony and after lunch, twelve awards were delivered as follows:

Land Based Operator of the Year: Hard Rock International

Digital Operator of the Year: Bet365

Slot of the Year: Aristocrat- Gaming of Thrones

Responsible Business of the Year: GeoComply

American Executive of the Year: Joe Asher- William Hill US

CalvinAyre.com caught up with SG Digital CEO and American Executive of the Year runner-up Matt Davies to congratulate him and his team on winning “Digital Industry Supplier of the Year”.

“It comes at a very interesting time, particularly in the US where we’ve seen an enormous amount of attention thrown at the industry”, Davies told CalvinAyre.com.

“We’re finding both legacy suppliers and those of the large manufacturer now competing with a number of new entrants, it’s a fascinating time in the industry, so for us to have the judging committee pick us as number one, it makes us enormously proud”, he said.

SG Digital and its parent company Scientific Games have a big presence planned at G2E 2018, with their latest products on display within a prominent booth space across the expo floor.

“First and foremost is sports betting. It feels like every single conversation I have here in the US is about sports betting but in addition to that, we’re also have a very powerful lottery product and we also think that the market for online gaming itself will grow at the back of the sports betting industry here in the USA”, Davies shared.

“We’ll be displaying both our sports betting product front and center, but also our lottery products and iGaming products”, he added.

Today’s Global iGaming Regulatory Update panel covered the benefits and challenges of collaboration between regulators across the globe. Susan O’Leary, CEO of Alderney eGambling, represents one of the most established iGaming jurisdictions in existence and is a firm believer in the benefits of collaboration.

When it comes to American regulators specifically, professionals who are just starting to learn the ropes, O’Leary once again advised collaboration.

“I think the best advice would be for them to collaborate with other regulators, even just the other American regulators as a start, because things are so different. They have extremely different tax regimes. I know its not easy, Susan from Pennsylvania was saying its not that simple, they’re effectively different countries, really”, O’Leary shared.

“But I think it’s a really good baby step. The one thing that’s fundamental to the gaming sector is cross-border traffic and its not something you can ignore, its absolutely essential for the industry globally, so without that, everything I think long term would fall apart”, she added.

As Davies mentioned earlier, sports betting is going to be a huge topic at G2E 2018 and we enjoyed today’s player’s panel which addressed the subject. Vegas based Steve Fezzik of Pregame.com welcomes the passing of PASPA and is confident the future is bright for his business and for Vegas in general.

“Its going to really help my business”, Fezzik told CalvinAyre.com.

“As a professional gambler and as a professional handicapper I love the idea of you‘ve got that dentist in Mississippi that wanted to bet on sports but was kind of a little ambiguous with the legality of it, so he chose not to. I think that’s the type of guy that’s going to get more and more involved and frankly more money into the pool, especially recreational money, benefits everyone, makes the lines a little bit easier to beat, when they’re all betting on the favorite perhaps- really good opportunities”, Fezzik said.

This afternoon’s “Betting on Blockchain” session featured Blockchain-based FunFair Technologies Founder Jez San, a crypto and Blockchain enthusiast who recently announced the launch of FunFair’s casino product. San told CalvinAyre.com why he has dedicated this week to G2E despite the fact the US is not his target market and the jurisdiction has a long way to go with understanding Blockchain technology.

“I think its spreading the word and educating because we’ve done something completely new that’s very innovative and a lot of people don’t understand what we’re doing and some people even think that Blockchain and crypto currency is a dirty word and we have to show them that actually there is a real reason we are doing this and that the benefits to the player and the casino are extremely interesting and maybe we’ll convince some of them”, San explained.