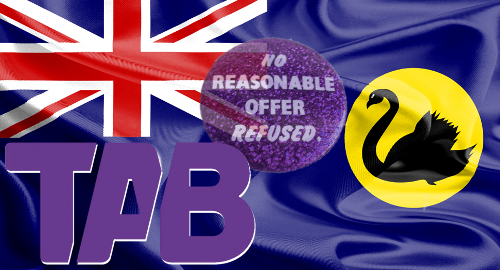 The state of Western Australia is finally proceeding with plans to privatize its TAB betting operations, reportedly after being warned that the asset’s value was rapidly declining.

The WA government has been publicly discussing a potential privatization of its state-run TAB betting business – the only Australian state-run betting operation yet to be privatized – for four years now. On Tuesday, state Treasurer Ben Wyatt confirmed that the government was proceeding with the sale as part of a broader reform of the state’s gambling sector.

That reform includes replacing existing gaming taxes with the new 15% point of consumption tax (POCT), which will tax out-of-state online betting operators for the first time. The new tax kicks in on January 1, 2019, and the local racing industry has been promised a 30% cut of the POCT proceeds.

Wyatt played coy on what price tag the TAB privatization would garner. Years ago, the state touted a potential AU$1b (US$709m) windfall, but expectations are now closer to AU$500m, and Wyatt said Tuesday that the price could theoretically range as low as AU$200m.

Investment bankers Investec, which had been advising the government on the TAB sale, had warned stakeholders that the TAB’s value was diminishing along with its relevance as punters increasingly flocked to national betting providers.

To boost the TAB’s potential value, its betting shops will now be allowed to offer virtual racing products for the first time. Wyatt also said the state plans to offer a “long-term, 50-year-plus” lease on the TAB’s betting operations, which should maximize interest from would-be operators.

Whatever price the TAB lease brings, 35% of the proceeds will go toward – what else – a new racing industry infrastructure fund. Wyatt said the giveaways were necessary because the TAB was burning through its cash reserves to fund its operations, and “that’s not a sustainable way forward.”

Aussie betting giant Tabcorp is being touted as the most likely operator to take over the TAB’s operations, given its tote wagering operations in other Aussie states. Online operators such as Sportsbet, BetEasy and Ladbrokes Australia are reportedly dark horse candidates.