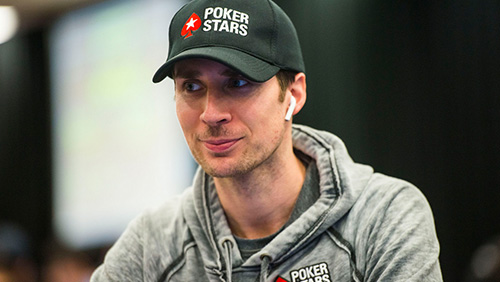 Poker forum and news outlet CardsChat first launched in 2004. As forums go, it has done better than many and recently celebrated its 250,000th member. The traffic explosion has caused the site to call on one of its ambassadors, poker pro and WSOP bracelet winner Ryan LaPlante, to lend a hand in the forums and to assist players in improving their games. He’s about to get a little help himself, though, as Jeff Gross has now been recruited as the site’s latest ambassador.

Gross is a well-known figure at both the live and the virtual felt. The 32-year-old has earned over $3.18 million at live tournaments, including a substantial $414,770—his largest prize so far—that he picked up for taking third place in the $100,000 Seminole Hard Rock Poker Open High Roller in 2013.

Adding to his bank, Gross has also accumulated an additional $1.38 million playing in online tournaments, mostly at PokerStars. He has several top finishes, including a second-place win at the Winning Poker Million Dollar Sunday in 2016, for which he earned $119,628, and another second-place finish for $131,000 from the $530 NLHE WCOOP event last year.

When he’s not winning at poker, he’s talking about poker. Gross is a regular Twitch streamer, sharing a number of his online performances. So far, he has 337 videos available through his account.

Gross runs in circles that include a number of high profile celebrities. He is friends with Olympic gold medal swimmer Michael Phelps and with fellow poker player and billionaire Bill Perkins. Some may recall that Perkins gave Gross $550,000 in 2013 after Gross won a prop bet over a rainbow tattoo that he had inked on his back.

Debi O’Neill, a forum administrator for CardsChat, said of the addition of Gross, “We are very excited to be working with Jeff and to have him engaging with our members in the forum. We are thrilled to have a player of his calibre available to assist them.”

Gross maintains his own website, jeffgrosspoker.com, where he provides links to his video library on Twitch and YouTube, as well as his own merchandise line. His bio reads, in part, “Started playing poker when a friend brought a plastic poker chip set to our soccer team camp at the University of Michigan. Here in between training sessions we would play $5 tournaments or .25/.50 buy in cash games. I loved this instantly. I had always liked to play board games, video games, any type of games. When I learned you could actually make money doing this I was sold.”