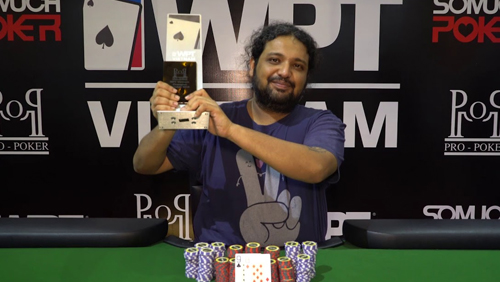 Yes, I married someone from Los Angeles.

But it should be this hard.

The woman who taught me that an umbrella could be a handy tool in a land without rain is beginning her third Visa process, and this time, there is a quiz thrown in with the £3k+ application fee.

She needs to prove to the UK Government that she knows everything about the heritage of England, Wales, Scotland and Northern Ireland or else they won’t let her in. Marriage to a UK citizen doesn’t matter nor that we donated 23 chromosomes each to a beautiful little girl born in Wales.

No, unless she can remember the history of the Tudors, all the Beatles’ number one hits, and why a guy called Hadrian decided to build a wall, we will be once again split apart Aristophane style, forced to travel the globe looking for a land a lot less suspicious of globalisation.

The world may seem as fractured as its ever been, but the people of Vietnam don’t seem to care. In the early 1990s, the numbers of vietnamese suffering from extreme poverty hovered above the 70% mark, and today, it’s below 10%.

The remarkable turnaround is due to Vietnam becoming a hive of cheap, alternative labour, with China and the US the two primary countries swooping in with the cash to buy the products created by those cheap but talented hands.

According to Quartz, in 2017, Vietnam’s trade as a percentage of GDP reached over 200%, dwarfing the next best country, Thailand (122%). The Vietnamese have more money than ever before, making it a great time to host a poker tournament or two.

The World Poker Tour (WPT) has their ear to the GDP ground.

The three-day event, saw 15-players enter the final chapter, with Mudgal settled in second place. By the time the last nine took their sears, Mudgal was the chip leader, and despite facing a chip deficit when heads-up, he took the fifth title of his career and the most substantial payout of his career.

Here are the final table results in USD because all those noughts in the VND prices are giving me a headache.

224 players are competing in the VND 44,000,000 (USD 1,884) buy-in WPT Vietnman High Roller, and there are some well-known faces in the final throes of that one including WPT Champions Club members, Marvin Rettenmaier and Dylan Wilkerson. Samantha Cohen also has chips.

WPT Partner With Vince Van Patten in Walk to Vegas

In other WPT news, the poker giant has agreed to become a partner in the upcoming film featuring their longtime commentator, Vince Van Patten.

Van Patten and Steve Alper co-wrote Walk to Vegas, a movie focusing on a prop bet made during a poker game that challenged the protagonist (Duke, played by Van Patten) to walk from Hollywood to Vegas in seven days. The pair of based the movie on a true story.

I imagine the WPT will support Vince by pumping out the trailer during WPT airtime.