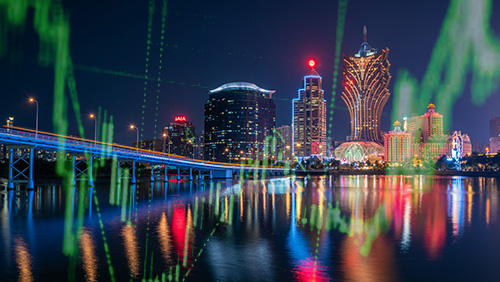 On Monday, Macau’s Statistics and Census Service released its August data for the gambling mecca. According to the agency, 3.4 million visitor arrivals were recorded in the month, an increase of 18.7% over the same period last year. This was a bigger climb than what was seen in July, which recorded a 4% jump year-on-year.

Chinese visitors were the biggest segment, accounting for 2.53 million visits and an increase of 25.3% year-on-year. The number of visitors who took advantage of China’s Individual Visit Scheme increased to around 1.31 million for an impressive jump of 31% year-on-year. The Individual Visit Scheme is a system that allows mainland Chinese to visit the exterior independently, rather than as part of a tour group.

Most of the feeder markets into Macau also saw increases in their visitor numbers. The ones that didn’t were Switzerland, Brazil, Japan, the Philippines, Indonesia and South Korea.

For the eight months ending August 31, visitor arrivals to Macau increased year-on-year by 8.9% with a total of 23.25 million arrivals recorded. 70.5% of this, or 16.4 million, came from mainland China. The segment increased by 14.2% over the same period last year.

The increase in visitor arrivals does not necessarily mean an upswing in casino revenue. Investment analysts have pointed out that Macau’s gross gaming revenue (GGR) is typically centered on high-end play, and the arrivals figures do not indicate that the visitors went to the city only to gamble.

However, August GGR did increase last month. $3.29 billion was taken in during August for a year-on-year increase of 17.1%. It was the most productive month seen by casinos this year.

This year’s overall GGR is still expected to be stronger than 2017, despite Typhoon Mangkhut taking a toll on the city. Last year, Macau had to contend with Typhoon Hato, an exceptionally strong typhoon that ravished the city. Hato was the strongest typhoon to hit Macau in 53 years.

Overnight and same-day visitor arrivals were up 16.3% and 21.6%, respectively. 1.8 million overnight visitors and 1.6 million same-day visitors were recorded. The average length of stay in Macau was 1.2 days, a decrease of 0.1 day over August 2017.