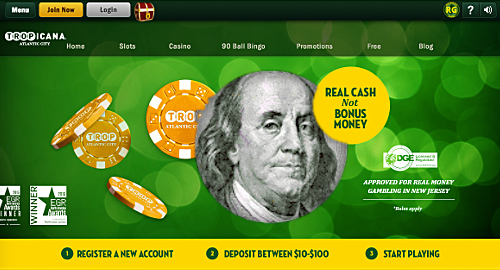 Following the market’s by now predictable pattern, the online casino vertical did all the work in August, with revenue rising nearly one-fifth year-on-year to just under $23m. The poker vertical lived down to its reputation, falling nearly 13% to just over $1.8m.

Turning to the individual operators’ August performance, the Golden Nugget’s casino-only site surprised absolutely nobody by topping the revenue chart with just under $8.2m, a respectable showing, to be sure, but well off the record $9.3m that the Nugget’s family of sites – which includes Betfair Casino and PlaySugarHouse – earned in July.

Sites piggybacking on the Borgata casino’s online license earned $4.65m in August, of which $440k came via its three poker sites (Borgata Poker, PartyPoker and playMGM). Resorts Digital Gaming, whose operations include The Stars Group’s PokerStars brand, ranked third with just over $4m, of which $651k came via poker.

The Tropicana’s casino-only site earned $3.6m in August, while Caesars Interactive Entertainment New Jersey reported just under $3.5m, of which $725k came via poker. CIE is the only poker operator that currently benefits from shared liquidity with sites in both Delaware and Nevada, and so far CIE’s liquidity gains have done little to boost New Jersey’s overall poker market.

As for the state’s two newest online casino-only licensees, the Hard Rock Atlantic City earned nearly $482k, while the Ocean Resort Casino came in just under $386k. Both numbers are at least $100k better than each site earned in July, their first month of operation.