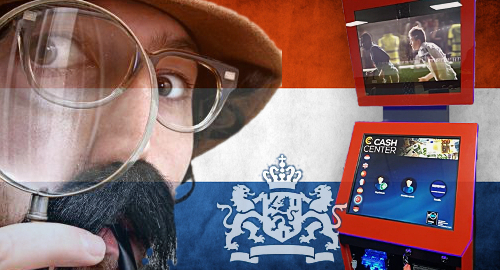 On Tuesday, the Netherlands’ Kansspelautoreit (KSA) regulatory body announced that it had teamed up with the Public Prosecution Service to raid an unspecified company’s place of business and two private homes in search of evidence of an unauthorized online sports betting business.

The KSA said the raids were the result of tip-offs it received one year ago regarding the suspected use of Cash Centers – vending machines offering online payment services – to facilitate online sports betting account deposits and withdrawals.

The KSA stated that its investigation centered on 15 suspects supposedly linked to these machines, although no arrests were made in the course of Tuesday’s raids. These 15 individuals are suspected of having ties to internationally licensed online gambling operators who accept Dutch customers despite the lack of KSA approval.

For years, the KSA has been increasing its efforts to track down and punish any website it deems to be breaking the country’s gambling laws – that would be all of them, since the Netherlands’ long-promised update to its gambling laws has been stuck in legislative limbo for years.

In other KSA news, the regulator announced last week that it had appointed RJP (René) Jansen as its new chairman of the board of directors effective October 1. Jansen, who was recommended for the position by the Minister for Justice and Security Sander Dekker, formerly served on the board of the Dutch Healthcare Authority.

At Jansen’s side will be the KSA’s new vice-chair, Bernadette van Buchem, who will take her seat on the board as of October 15. Van Buchem is currently Director of Consumers at the Netherlands Authority for Consumers and Markets.