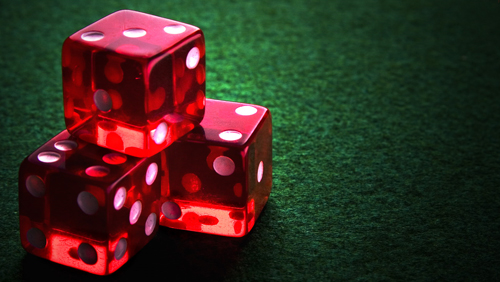 While the debate rages in India regarding whether or not poker is a game of chance or a sport, Ukrainian lawmakers have decided that it’s a sport. Poker is now listed in Ukraine’s Register of Recognized Sports, paving the way for the popular game to be offered once again in the country.

Eight years ago, the government removed poker from its official list of national sports. It used to be considered different from other forms of gambling, like blackjack and slot machines, but the country’s justice minister did an about-face in 2010, redefining poker as gambling and not as a sport. It determined that the game was in direct conflict with a key portion of Ukrainian anti-gambling laws.

Poker clubs banded together following the decision and took their case to the Supreme Court. The court reviewed the case in 2013 and sided with the clubs, adding that its decision only pertained to tournament poker—routine poker games were still off the table.

When the Ukraine and Russia began disputing the Crimean region the following year, gambling laws suddenly became unimportant and clubs had virtual free reign to hold cash games, albeit still technically illegal. Online poker operators, such as the Ukraine’s largest, iPoker, were forced to either leave the country or stay and face prosecution.

The recognition of poker as a sport is only the first step. Now that it has been redefined, what’s next is the introduction of new regulations of the poker space. It’s too soon to say whether or not these regulations will come soon, or if they’ll come at all, but the fact that it has been designated a sport is certainly a step in the right direction.

There hasn’t been much publicity surrounding the new sports designation. If it weren’t for a document published by the Ministry of Youth and Sport, in which it listed “sport poker” as an authorized sport, most may not have been aware of the change.

The Ukraine has an active poker presence in the poker community. Matchpoker maintains a division in the country and lists as its members Eugene Katchalov and Yevgeniy Timoshenko, two of the country’s most prolific players.