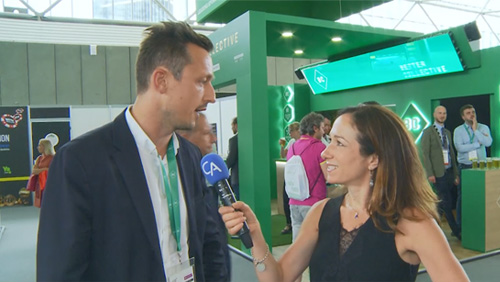 CalvinAyre.com’s Becky Liggero catches up with Better Collective co-founder and CEO Jesper Søgaard to talk about the company’s prospects in the years to come.

“It’s been quite a ride, going on for many years,” said Jesper Søgaard, co-founder and CEO of iGaming tool provider Better Collective. The company started in 2002, and just had its initial public offering in Sweden last June, with reported proceeds of about SEK600 million ($65.6 million). Soon after, the Danish company purchased Germany-based Bola Webinformation, owner of sports betting affiliate Wettbasis, as part of its continued expansion into other markets.

“We have a focus towards sports betting, so the affiliates within that vertical are the ones we’re most interested in,” Søgaard said of the company’s acquisition plans, even as he acknowledged their beginnings as CasinoVerdiener, co-founded with Christian Kirk Rasmussen.

Søgaard added that he was looking at companies within regulated markets. “Preferably market leaders. But there aren’t that many so, if they hold a decent size in the market, that’s also interesting,” he said.

In the United States, Better Collective has a casino license in New Jersey since 2014, although the company’s focus has been on sports betting. According to the Better Collective CEO, “It’s just now becoming really interesting for us. We have a lot of U.S. traffic already. It will take some time before that market becomes sort of very profitable for the operators as well as the affiliates, but we need to get in now.”

Søgaard foresees more states in the U.S. opening themselves for online gambling and sports betting, thus requiring the company to stake their claim early. “We need to get a strong position now in the states that regulate now and next year, and we’re just doing the work for that,” he said, noting that with the company already generating much online traffic in the U.S., “we can monetize that gradually when the states start to regulate. A very exciting opportunity.”

Events like the recently held iGB Live! 2018 conference in Amsterdam is a chance for Søgaard and other players in the industry to discuss opportunities for doing business. According to the Better Collective CEO, “It’s a very practical thing. It’s nice to be able to have meetings in a quiet room… With Better Collective, we like to put ourselves out there, show the brand…. It’s a very good way to really display the sights that we have and what we can offer to the operators.”