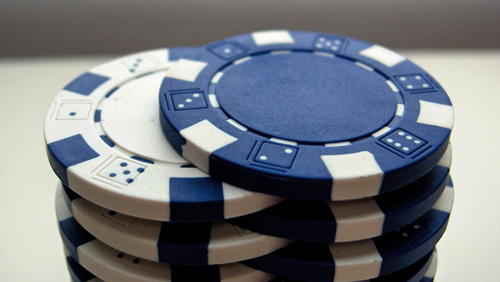 Three tales that aren’t big enough to conjure up 300 words on their lonesome including Maurice Hawkins winning a Heartland Poker Tour title, Alex Jim taking down a massive World Series of Poker Circuit event at Foxwoods, and PokerStars offering an olive branch to those affected by the recent DDoS attacks.

Typically, I like to find three topics that gel in my 3: barrel articles, but it’s late, I’m cream-crackered, and I’ve missed my deadline for the second day in a row because I don’t know where I am, what day it is, or what my name is.

Two live tournament tales, and a kiss and makeup from an online giant.

We begin with the World Series of Poker Circuit (WSOPC) grandmaster Maurice Hawkins who this weekend proved he is capable of winning more than gold rings.

The event pulled in a crowd of 347 entrants and $492,740 in prize money, and Hawkins defeated Harry Sablotny, heads-up, to bank the $113,322 first prize. It was Hawkins’ most significant win since finishing sixth in the World Series of Poker (WSOP) Monster Stack, last year, for $213,591.

From Ameristar to Foxwoods, and the WSOPC event has gotten off to a fantastic start in Mashantucket.

Alex Jim took the title and $134,570 in prize money after defeating Jeremy Wing, heads-up. The win was Jim’s most significant of his career by a country mile.

The 26-year-old told WSOP reporters after his win that he is primarily an online player, who recently transitioned to live tournaments, and it was nice to have finally won one after coming close so many times.

I can’t seem to find those ‘so many times’ Alex.

From the live realm to its virtual cousin and PokerStars has reacted to their recent Distributed Denial of Service (DDoS) problems by setting up $500,000 in freerolls as a way of an apology.

The largest online poker room in the world suffered a raft of DDoS attacks two weekends ago and had to cancel a myriad of tournaments including their flagship Sunday Million event.

The whole thing was a complete mess prompting all manner of complaints from PokerStars players on how much money they should have been entitled to, stack sizes at the time of disconnection and anything else that gave people the ability to have a good old whinge.

Here is the official word.

Was this you last week? We felt the same. We’re truly sorry and want to make up for it with $500,000 in value, across 5 freerolls from Aug 22. Anyone affected by the disconnections can choose any 3/5 freerolls. Locate your ticket here: Desktop> Tools> My games & tickets> Tickets pic.twitter.com/9JCvsET8jp

There is a caveat.

The winners of the events will earn $5,300 seats into the World Championship of Online Poker (WCOOP) $10m GTD Main Event, and not cash prizes.

That’s if the DDoS brigade doesn’t have another punt during the most iconic online poker festival of the year.