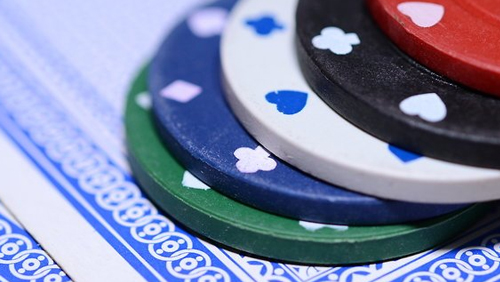 3: Barrels of soup straight from PokerStars stock including news of a brand new online series for the folks at PokerStars Europe, a partnership with the cool clothing cats at Hugo Boss, and the opportunity to play a role in shaping the most important live tournament in PokerStars’ recent history.


Don’t be fooled by the title.

Thanks to the idiots who decide the laws of a world that belongs to no one and everyone the ‘world’ won’t be featuring in the World Championship of Online Poker (WCOOP) when PokerStars’ #1 online festival kicks off in September.

I am pretty sure the folks in South Korea won’t be playing. China may have to do with walking along that long wall. The Japanese may have the best ramen in the world, but they don’t have the best poker tournament.

And then you have the online powerhouses of France, Spain, and Portugal (ok, one from three doesn’t constitute a porky pie).

The newly formed PokerStars Europe may have to sit this one out, but to compensate, the most massive online poker room this side of Captain James T. Kirk’s spaceship, are putting on a Galactic experience.

It’s the third time this new pasture has experienced the salivating prospect of competing in a series of competitions designed to get your dopamine receptors tingling.

And now comes the Galactic Series.

The name may be crap, but the guarantee is golden with €15m promised to players from the PokerStars Europe pool.

The event promises 186 events spread throughout August 26 – September 13 with buy-ins ranging from €5 to €250. It’s the most significant prize pool since the birth of the new unit, and PokerStars is offering numerous opportunities to qualify for the series, with a keen focus on the Main Event, with over €200,000 worth of competition tickets handed out between now and the end.

Details are as sparse as a blackboard in the school for the blind, but we do know this.

The Main Event begins on the 9 Sep, and all we know for now is the €250 buy-in event promised the most significant single tournament guarantee since PokerStars Europe crawled out of the womb.

More to come on this one suspects.

partypoker’s continued success with the MILLIONS brand is a reminder of the constant need for PokerStars to innovate when it comes to their live tournament product, and it continues to do that in Barcelona this week.

Stars are in Catalan country for the return of the European Poker Tour (EPT), and to celebrate, they are promising a pop-up Stars Merchandise shop (the real thing is coming soon).

Fans of the brands should be able to get their hands on a variety of bits and bobs including Stars branded hats, hoodies and harpy eagles. I know what you’re thinking. What moron wants to buy anything stamped with the symbol of an online poker room?

Stars have that problem covered.

The Isle of Man outfit is teaming up with Hugo Boss to bring you co-branded clothing that will make you look pretty darn cool while giving you the opportunity to laud loyalty on your favourite online poker room.

You can thank the Germans.

PSPC – Have Your Say

I’ve given you the bride.

You’ve read all about the groom.

Let’s round this wedding photo off with the bridesmaid.

Ten Platinum Passes up for grabs during EPT Barcelona. If you’ve been swimming in a pool of tar for the past six months, let me wipe your eyes for you.

The event promises to be the most significant outside of the World Series of Poker (WSOP) with PokerStars promising to add $9m into the prizepool including $1m extra wonga to the winner.

And you can have your say on the structure of this thrilling experience.

For a fortnight, PokerStars is allowing players to give their opinion on a variety of tournament-related topics.

Here are the questions:

My only beef is why there isn’t an option to have a Shot Clock from the start of the event?